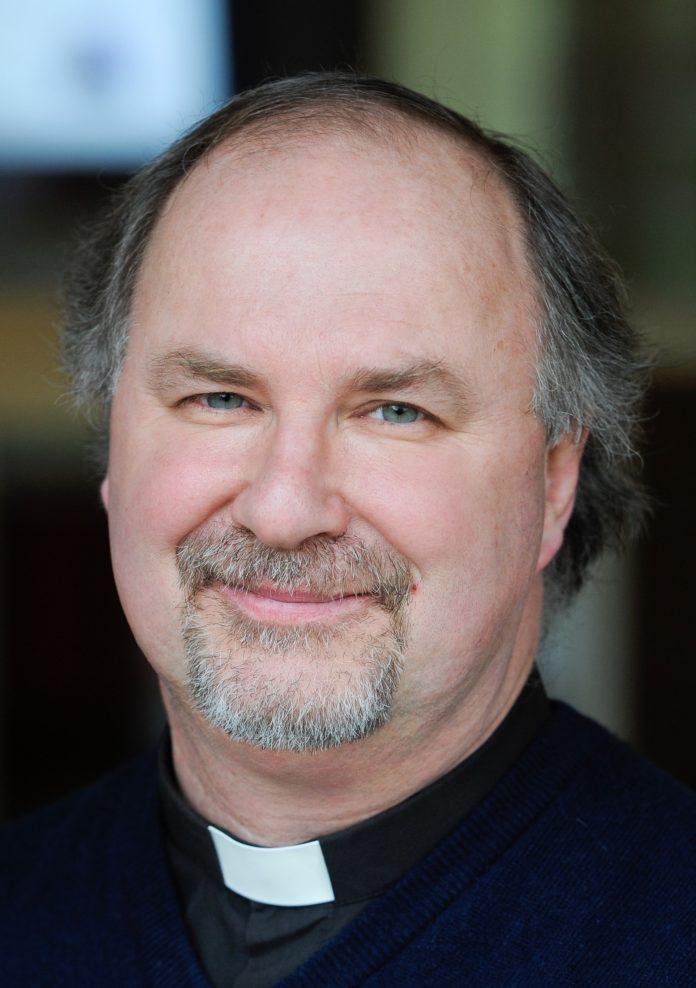 Without going into the history of the recent meetings of this group, not all the archbishops there had personal experience of what had happened during the course of this long struggle- between those who were trying to change the essentials of the Christian Faith by re-defining what marriage was, and those who, as bishops ought to, guarded the integrity of the faith.

It was expected that those archbishops who had shown they were committed to orthodox Christian belief and joined GAFCON, would be in a minority, and a minority that could not win this battle within the world wide Anglican Communion.

The expectation was therefore, that since the GAFCON provinces had been mandated by their people not to sit at the same table as TEC – the American progressive or revisionist Anglican Church- that they would leave the meeting.

Justin Welby had resorted to calling it a ‘gathering’ since they were committed not to attend a meeting where TEC was invited.

One of the reasons for this was their outrage at the continuing persecution of clergy in American who held views formed by the Scripture and unbroken tradition by the Episcopal bishops, the details of which are another story.

At the meeting in Canterbury, many of the Primates themselves had not got a full picture of what had happened either at previous meetings, or of the dynamic of manipulation and and what has amounted to persecution by the pro-gay marriage  lobby, who although they claim to be ‘inclusive’, are determined to exclude orthodox Christians wherever they can.

At the beginning of the meeting a motion was put to require the Episcopal Church of American (and the similar Anglican Church of Canada) to voluntarily withdraw from the meeting.

The Archbishop of Uganda was committed by his Church not to attend ‘meetings’ with TEC.  He observed that not only was this in fact a meeting in reality, but he found the atmosphere and the dynamics of what was taking place manipulative. He therefore left in protest on day 2.

It was expected that other orthodox archbishops (who belonged to the GAFCON grouping) would follow him; but at that point a strange development took place.

The Archbishop of the Anglican Church in North American, ++ Foley Beach, which was formed of refugees fleeing persecution from TEC, had been invited to the ‘gathering.’

Although Justin Welby had backed the TEC position when he came into office by declaring that ACNA were not part of the Anglican Communion, the reality was that most of the rest of the Communion maintained that he certainly was. Justin Welby had been forced to change his political position even if he hasn’t changed his rhetoric. Because Welby has a reputation for reconciliation, he found he had to invite Foley Beach to the ‘gathering’ or the event would have failed before it even began.

Talking among themselves, a clearer picture emerged for the archbishops about the way in which homosexuality had been promoted by the liberal provinces and the issues at stake for the faith. Perhaps to everyones’ surprise the numbers of archbishops who were coming round to the orthodox position began to increase. Provinces that has left GAFCON asked to rejoin. Provinces that had sat on the fence, had moved to the orthodox position. As discussions and votes continued to take place, a new realignment began to take place against the American (and Canadian) provinces. It must be said that this happened despite the enormous sums of money that the Americans had promised the near destitute Africans, if they promised to adopt the American pro-gay culture.

From the outside, those who supported the orthodox Christian position hoped that the other Primates would follow the ++ of Uganda and leave. From the inside, it began to seem possible a new configuration of world wide Anglicans could be achieved, catalysed by  ++ Foley Beach and ++ Eliud Wabakola of Kenya,  which would hold the Scriptural and orthodox line over the sanctity of marriage.

And that is what happened. After four days a strong majority of Archbishops declared that marriage was indeed between a man and a woman with the intention of possibility of procreation. It then voted to enforce sanctions against TEC for having changed a core element of the Christian Faith.

The sanctions meant that they were to be deprived of a voice and a vote ,for three years, at which point the situation would be revisited by the Primates.

The clear implication is that they would need to repent and take up again orthodox Christian Faith by the end of three years.

Of course, that won’t happen. TEC and the Anglican Church of Canada, as well as Anglican in New Zealand and perhaps even England, are too committed to the zeitgeist to consider that they have undermined and radically altered the faith.

So the decision to divide into two kinds of Anglican across the world has been delayed for three years.

During those three years trajectories will have become clearer and events we cannot yet foresee may well act as catalysts for further change and reconfigurations.

What is clear already, is that those Anglican who hold on to the orthodox Scriptural faith grow, evangelise and flourish, and that those who do not are in a free-fall in terms of numbers.

From an orthodox point of view, one could have hoped for stronger sanctions, stronger language. But what has been achieved in defence of the faith is nonetheless remarkable.

The local provincial struggle for the integrity of the faith and against the the supporters of the zeitgeist will continue with the intensity that grow.

There is what amounts to an implacable dislike from the liberal camp that in places become hatred. The outpouring of bile and bitterness since the decision from the progressive voices has been marked and disturbing.

THE CHURCH OF ENGLAND?

Whatever took place at the Canterbury meeting it remains my judgement that the situation in the Church of England for orthodox Christians, is lost.

Many of my best friends whose judgement I admire, think otherwise. So I come to that opinion with caution.

But the C of E is a creation of the state. It is chaplain to the state. What happens to a state Church when the state turns against Christianity?

There are some notable casualties in history that litter Church state tensions, not least St Thomas a Becket, St Thomas More, and Archbishop Cranmer.

That rejection of Christian faith and morals, is what is taking place at the moment. Some people will, in desperation travel as far as they can with the culture of the anti-Christian state. But if they go too far, they become anti-Christian themselves. This is a situation which has developed numerous times in the history of Church/culture/- state relations.

My view is that over this issues, those who prefer and identify with the zeitgeist, are becoming anti-Faith; both those who proclaim to profess the faith and those who share their priorities and don’t. This faction is certainly in charge of the Church and its senior appointments. The fact that half of the Cathedral Deans in England wrote to support a letter rebuking the C of E for not backing homosexual Christians and their comparing to redefine marriage gives an indication of how long and how thorough the campaign to conform the Church to the zeitgeist has been.

I see the way ahead then in England as requiring a new Anglican jurisdiction. An Anglican Church whose bishops believe the Bible, are nurtured by the Tradition, and have the spiritual authenticity to know how to interpret this profound and serious spiritual struggle.

All each of us can do is say our prayers, search our hearts and offer our obedience to Christ as we hear Him moving and calling us to be His faithful body; whatever the cost.