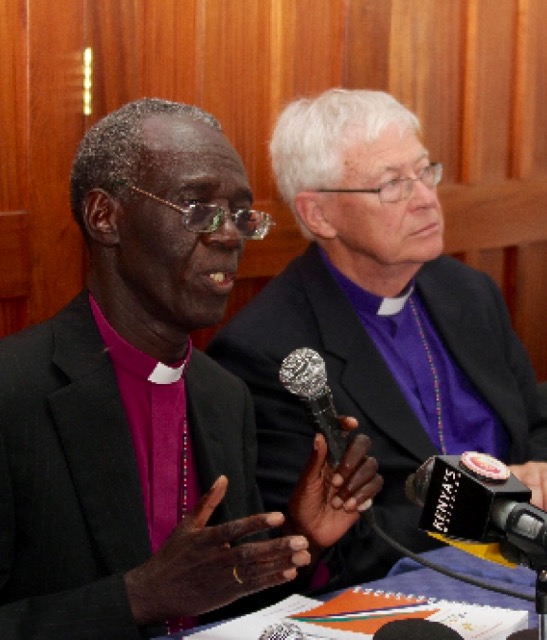 The Anglican Communion is our spiritual home and the GAFCON Primates travelled to England in the hope that godly faith and order could be restored through renewed obedience to the Bible.

We are pleased that Archbishop Foley Beach of the Anglican Church in North America has played a full part in the Canterbury meeting of Primates and that sanctions have been applied to the Episcopal Church of the United States, (TEC) recognising the need for mutual accountability on matters of doctrine within the family of the Communion.

However, this action must not be seen as an end, but as a beginning. There is much that causes us concern, especially the failure to recognise the fact that the Anglican Church of Canada (ACoC) has also rejected the collegial mind of the Communion by unilaterally permitting the blessing of same-sex unions and the ordination of those in active homosexual relationships. We fear that other provinces will do the same.

Since the beginning of the crisis in the Communion brought about by the actions of both TEC and the ACoC, the Anglican instruments of unity have been unable to guard biblical truth and restore godly order. There must therefore be doubt about the effectiveness of the sanctions that have been agreed.

In particular, it must be recognised that the continuing brokenness of the Communion is not the result simply of failed relationships, but is caused by the persistent rejection of biblical and apostolic faith as set out in Lambeth Resolution 1.10. We are therefore disappointed that the Primates’ statement makes no reference to the need for repentance.

The need for the GAFCON movement is being recognised by an ever increasing number of people and we are encouraged in our conviction that God has called us to work for an Anglican Communion which is a truly global family of Churches. We long to see a united, confident and courageous witness to God who by the death and resurrection of his Son Jesus Christ has given us an unshakeable hope and assures us of his unfailing love.