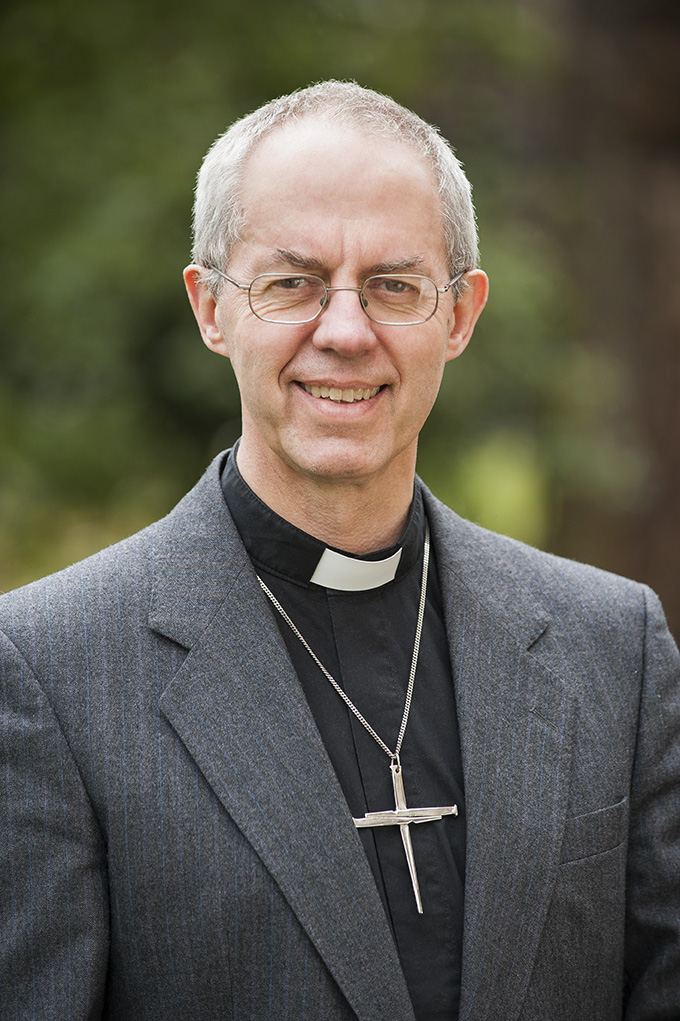 BBC: The time now, though, is 17 minutes past seven and we turn now to the Anglican Church. There are 80 million Anglicans in the world; most of their representatives gathering in Canterbury this week to try to establish whether the Church can carry on really as a united single body. Gay sex and the role of women the two big issues that won’t go away. They divide conservative Anglicans, particularly those in Africa, from the more liberal wing of the Church and as if to underline that division a group of senior Anglicans calling on the Church today to repent of its treatment of gay and lesbian people.
The Archbishop of Canterbury, Justin Welby, is on the line. Good morning to you.

ABC: Good morning to you.

BBC: I suppose I ought to start, though, by asking you whether David Bowie [whose death was announced shortly prior to the interview] was part of your life, Archbishop.

ABC: I thought you would ask that. Yes, he was; and I was very, very, saddened to hear, to hear of his death. I remember sitting listening to his songs endlessly, in the ‘70s particularly; and always really relishing what he was, what he did, the impact that he had. Extraordinary, extraordinary person.

BBC: Let us turn to matters Anglican. Do you want reconciliation this week or would you prefer to see a split that allows the various wings of the Church to do their own thing; perhaps remain in touch – certainly remain in touch – but nothing more than that?

ABC: Yes. Certainly I want reconciliation. Reconciliation doesn’t always mean agreement. In fact, it very seldom does. It means finding ways of disagreeing well; and that is what we have got to do this week.

BBC: But could that mean that the Church formally splits if the Africans decide to go in another direction, you allow that to happen?

ABC: Well, there is nothing I can do if people decide that they want to leave the room. It won’t split the Communion. There is a whole process that I won’t bore you with, with how a Province leaves the Communion. But we want to stay together, to listen to each other, in service to Jesus Christ; and to focus on, not only the issue of sexuality, but also the huge issues that are affecting people around the world: conflict, persecution, religious violence – those are also really important on the agenda.

BBC: But you’re not going to agree, are you, on issues of sexuality – or indeed on issues of women bishops – and because of that, because of that fact, it would be wise wouldn’t it at this stage – and perhaps that is why you have called this meeting – to allow those who feel differently to go their own way?

ABC: Well, the Church is a family and you remain a family even if you go your separate ways. That has always been the case. It always will be. God puts us together and we have got to work out how we live with that and how we serve God faithfully in a way that shows that you can disagree profoundly and still love and care for each other.
The African churches you talk about are doing some extraordinary work around poverty and development and Aids, and all these areas in a way that is really quite remarkable and we mustn’t be so mesmerised . . .

BBC: . . . Well in that case, in that case, ah, well, that’s my – sorry to interrupt you – but that’s my point isn’t it: that you can become mesmerised by these things and a schism if there is to be a schism wouldn’t be a disaster if people go on doing good works in the way that they believe they are called to do those good works?

ABC: A schism would not be a disaster in the way you put it. God is bigger than our failures; but it would be a failure. It would not be good if the Church is unable to set an example to the world of showing how we can love one another and disagree profoundly. Because we are brought together by Jesus Christ, not by our own choice. This isn’t a form of club or a political party; it is something done by God.

BBC: Can I ask you something about refugees? You had your New Year’s message and you talked about love and about hospitality. That was before the events in Cologne. Did those events change your thinking at all?

ABC: They don’t change my thinking in the sense that I think I said words to the effect that love and hospitality are the best answer to hatred and the kind of thing, the terrible things we are seeing in Madaya and places like that which re-emphasises . . . we remember Cologne, we also have got to remember Madaya and Syria. But I think it does . . . it shows that the process of welcoming and being hospitable is a really complicated one that has to be thought through and dealt with in a sophisticated and highly intelligent way and with a very clear eyed view about people who – as [German Chancellor] Angela Merkel has said – who come and don’t keep the rules.

ABC: Well, she has been very clear about it hasn’t she. She has said very clearly that people who come – the kind of people who raped women in Cologne, will, if they turn out to be from abroad, will be deported.

BBC: Archbishop, we have to leave it there. Time not on our side because of other events that have been taking place; but you are meeting with your Primates in Canterbury today and thank you very much for talking to us first Justin Welby.

ABC: Thank you very much.