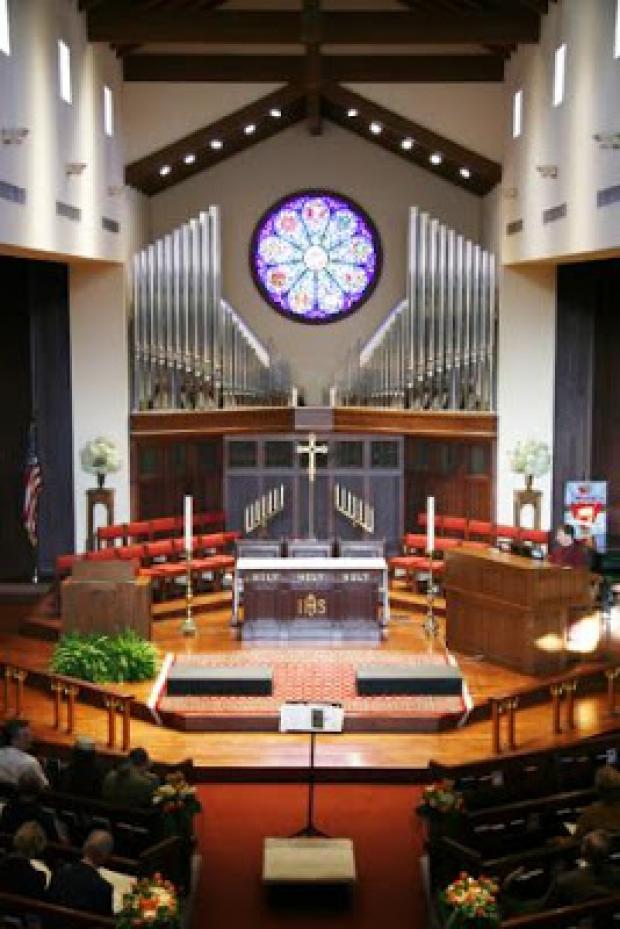 The sale of St James the Great in Newport Beach has hit a snag.

The Bishop of Los Angeles’s sale of St James the Great in Newport Beach has hit a snag.

On 26 June 2015 attorneys for the Rt. Rev. J. Jon Bruno filed suit in an Orange County Court claiming the Griffith Company had slandered the title to the property sold for $15 million dollars to a developer who plans to demolish the church and build condominiums.

The suit states that on 10 June 2015, attorneys for Griffith wrote to the bishop stating that when their client had conveyed the land to the Episcopal Church in 1945, a restriction had been placed on the deed that required the property to be used solely as a church.

The attorney’s letter (pictured below) stated in 1984 the church contacted Griffith seeking a release from the deed restriction to allow three lots adjacent to the church to be used as a parking lot. Griffith agreed to removing the restriction on the three lots, but its attorney stated his client: “never released, nor intended to release the covenant, condition, restriction for ‘church purposes exclusively’.”

If the property were no longer used as a church, the land would revert under the terms of the deed to the Griffith Corporation, not to the bishop to sell.

In his complaint, attorneys for the bishop stated the 1984 release extended to all of the church property, not merely to the land used for parking. “Griffith’s assertions that the Use Restriction has not been released and remains enforceable has created a cloud on the Bishop’s title to the Property and has jeopardized and interfered with the Bishop’s sale of the Property,” the complaint alleged.

The bishop has asked the court to quiet title to the property in his favor. The case continues.