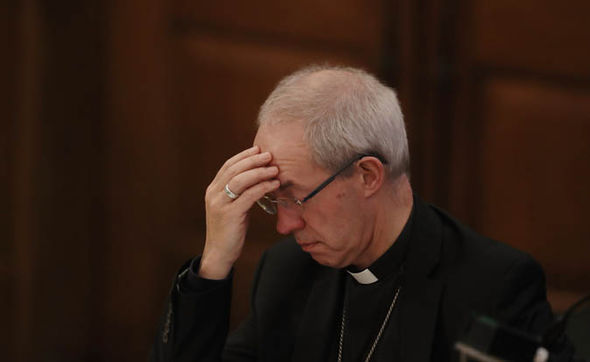 Last week, Archbishop of Canterbury Justin Welby apologized for the Anglican Church’s “historic links to transatlantic chattel slavery,” and the Church of England set aside £100 million in reparations for “communities impacted by slavery.” The Church is right to engage in these conversations, but is doing so in a destructive manner.

For one thing, the Church seems more interested in virtue-signaling than in addressing the modern-day slavery that is covered up by the very establishment she is part of. If the Church is looking for communities in England affected by slavery, might I recommend Rochdale, Telford, Blackpool, Oldham, Rotherham, and many similar towns across the country where young girls have been and continue to be groomed and abused by Pakistani Muslim rape gangs?

The era of the British slave trade was a horrific period of our history, but it is well and truly over. We have repented as a nation, our government has apologized, and our monarch has expressed sorrow. It is time to move on. If we truly are the Christian nation we profess to be, the step following repentance is forgiveness. The Church should remind the nation that it was Christians who initiated and organized the abolition movement and successfully terminated the transatlantic slave trade. William Wilberforce was motivated by a desire to put Christian principles into action and to serve God in public life. In his diary, Wilberforce wrote, “God Almighty has set before me two great objects, the suppression of the Slave Trade and Reformation of Morals.”

It is sad to see the Church fall into the trap of victimhood and virtue-signaling, but not at all surprising. The Church released two reports following the Black Lives Matter protests of 2020: “From Lament to Action” and “Contested Heritage in Cathedrals and Churches.” Both were steeped in the un-Christian, neo-Marxist idiom of critical race theory, condemning—without evidence—Church and country alike as institutionally racist. “From Lament to Action” called for affirmative action (otherwise known as positive discrimination), requesting unrealistic quotas of ethnic minorities in every leadership position in the Church, and denigrated theology and Christian teaching as too “Eurocentric” and “white normative.” “Contested Heritage” proposed that churches remove monuments and statues of anyone with a less-than-perfect past, forgetting that we are all sinners, even the saints among us.

Moreover, while the Church of England is spending £100 million on its latest virtue-signaling project, it is neglecting its core role. Rates of church attendance are rapidly declining, and Christianity has become a minority faith in England for the first time. One could argue that this is because the Church has spent far too much time worrying about secular issues instead of spreading the gospel. The Church of England claims to be “Christ centered, Jesus shaped,” but not only does she no longer practice what she preaches, she rarely even preaches it.

Read it all in First Things