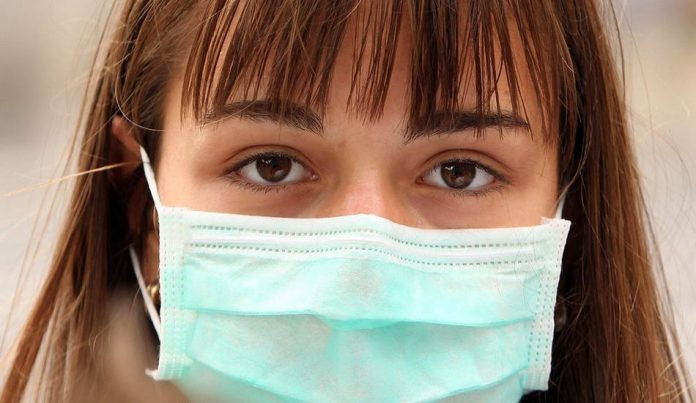 I was returning from a conference in London. The early train was remarkably full, ploughing at full pelt that mid-January morning, heading northwards. News reports had been picking up on a “novel coronavirus” that was infecting large swathes of China, but little notice was being taken domestically. It was still reserved for the “world” section of newspapers. As if by unfortunate coincidence, the person sitting opposite me started violently coughing, not covering their mouth, and seemed to be hacking up almost continually between Peterborough and Grantham. Maybe it was reading the article or feeling that cough on my face that unnerved me, but by the time I arrived in the office that morning, I wrote a post-it reminder to look up the Church of England guidance for Swine Flu from 2009.

Perhaps I was being overcautious, or there was a part of me that quietly enjoyed seeing something far-off that others were missing. By the time I was called in for “the crunch meeting” the Friday before lockdown, it was clear that my colleagues were at a total loss for what to do. When that Monday came, and we were filming content for cancelled in-person worship for later in the week, there was genuine relief that no more would they have to second guess or make decisions. Whilst the media prepared us for lockdown, colleagues seemed to revel in the fact that things would close. Much was made of the necessary secrecy behind planning within the church, the reluctance to share information demonstrating a risk-aversion that would become the hallmark of the pandemic.

In those weird and strange days, where our collective mortality was starkly apparent, where did the Church go? For most, that means their local church, not archbishops or bishops or national or diocesan structures — and I must acknowledge that there were clergy, like many in the wider population, who needed to be shielded. In preparing and sharing guidance, the level of risk for both clergy and parishioners had to be balanced, but its guidance did give creative leeway, more so as we learnt more about COVID. Some churches found ingenious ways to engage not only with their faithful, but with the wider community. Many did not, retreating ever further in on themselves.

A faith system built on presence, on sacrifice and martyrdom, withdrew behind the locked tied-house door. In many cases it did so happily, relieved that the decision was not its own. The reality is that Covid accelerated a retreat long experienced by many within the church. Whilst there are many instances of clergy who worked hard to keep in touch with vulnerable parishioners, it is more common to hear the refrain “we never heard from or saw the Vicar”. Instances of clergy quickly having to learn how to “use email” sound archaic, but many had no experience of IT as a means of communicating, let alone of deploying it successfully in mission and ministry. Much has already been written on Virtual Worship, with both successes and mishaps well documented. Whilst some clergy took to this “Virtual Ministry” like oddly shaped ducks to water, many of those receiving it felt a loss and disconnection. As “physical ministry” has resumed, parishes have found that long-standing parishioners never returned. The reason to get up and go on Sunday had gone. People simply found, having not heard from their clergy or lay leaders, that they had better things to do.

Clergy and church councils happily retreated behind the guidance, however confused it became at times (the rise and fall of “Fogging Machines” being one example — central church guidance culling it in December 2020). The guidance was seen as the maximum that could be attempted. Creativity, at a low ebb in all parts of the church, was and is viewed as a risk. One priest commented to me recently that any sort of creative challenge to complete closure during COVID was taken by his colleagues as an open desire to kill parishioners. To mis-quote Isaiah, where there is risk aversion, the people perish.

What we saw in that retreat was failure. It was a failure in pre-event planning at both national and local level; a failure to communicate effectively and honestly; and a failure at the basic level to engage — both in the episcopal palace-cum-office and at the Vicarage door.