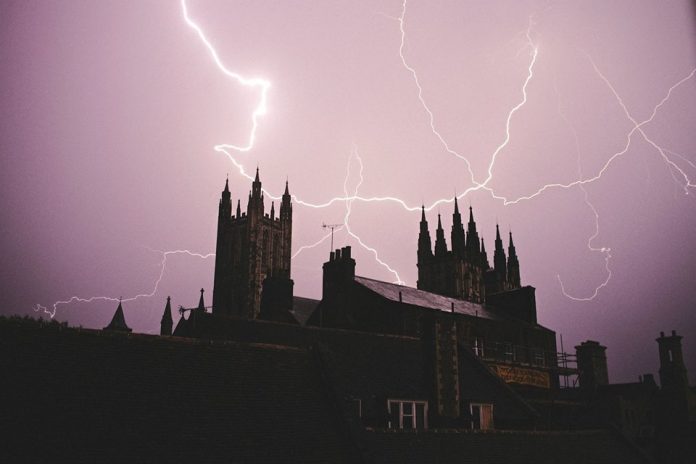 I DOUBT if you either need or want to be reminded of the shocking statistics from the census revealed last week, with the unsurprising but deeply depressing news that Christianity has become a minority faith for the first time since Britain was converted in the Middle Ages.

As quick as a flash, there were calls to scrap the public celebration of Christmas and to disestablish the waning, woke Church of England. As the percentages of both observant and cultural Christians decline ever further, the claim of Christianity to have a special place in our national life will seem more and more absurd. Cultural balkanisation, already a fact in many areas, will become established as a national rather than merely local difficulty.

If culture is upstream of politics, religion is upstream of culture. As many wise heads predicted, the cultural effects of the decline of Christianity are making themselves widely felt decades after the collapse of active religious belief. As Melanie Phillips points out in her latest email newsletter: ‘Values that secularists claim are universal are not universal at all but derive from the Hebrew Bible, the root of Christianity which was the basic building block of western civilisation.’

It’s true that Christianity is in decline all over the Western World, but the pathetic, utterly secularised Church of England has been a major contributory factor in our own religious and cultural malaise. The paradox is that as the already seriously weakened Church continues to decline, the need for a primarily theological response to many of the dangerous and destructive trends in our society becomes ever more apparent.

The first time I was personally aware of this was during the riots of August 2011, when widespread lawlessness started in London and rapidly spread to other cities. People were genuinely shaken: it was plain that something had gone very wrong at a basic societal level. It was the golden opportunity for the Church to strike back and take a militantly socially conservative stance. Instead, of course, we got the standard tepid, socialist waffle about benefit cuts being to blame rather than family breakdown and the decline of marriage.

Then came Covid and the outrageous overreaction of the secular state towards what was not a particularly deadly disease. Although weak politicians and disgracefully, irresponsibly sensationalist media bear much of the blame, the hysteria was at least in part a consequence of the modern terror of death that a religious belief is uniquely capable of countering.  When people were looking for spiritual succour on a national scale, Archbishop Wokeby did what any good Church of England primate would do – he closed the churches, an act for which he should have been fired.

It isn’t only in the face of disasters and events that the Church has failed to act: as Christianity has declined, different, aggressive religions have filled the void. The most understood and feared of these is fundamentalist Islam, but it also applies to modern pseudo-religious political movements. At its most extreme, the environmental movement is a form of paganism, the worship of Gaia. It preaches an exceptionally dangerous creed that humanity is a plague on the Earth, and like any pagan faith, that constant sacrifices are required to placate its angry god.