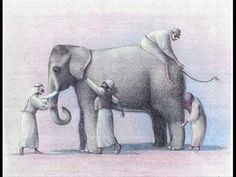 During the Archbishop of Canterbury’s first keynote address, he spoke of the need for unity, using 1 Peter as a springboard toward his main point. Unity is a common theme at Lambeth, given the divisions present, mostly concerning Resolution 1.10. What should bind us together, he said, despite our differences, are our common enemies: the lions that prowl around seeking our destruction. Some of them you can tame; some of them you must destroy.

Context aside, it was an interesting illustration. The lions that can be tamed and used for good were topics like science and technology. Those that cannot be tamed and must be eradicated were topics like climate change, poverty, and war. But the archbishop seemed to leave out the point, when talking about lions, that in 1 Peter there is only one lion mentioned: the Devil. The enemy of the Church, rather than being these worldly ills, is actually a supernatural being that uses them to drive us into despair, greed, and mutual destruction. Perhaps too many bishops there would not have believed that. He also failed to mention the other lion in the Bible: the Lion of Judah, which is the Messiah. Rather than starting with social programs or positive thinking or planting trees, the Church must start with trust in that lion as the way to solve social and moral ills.

This over simplification of the Church’s besetting issues was frustrating but not as disturbing as what Welby said in his conclusion. He began:

“A group of people, all blind, went out walking along paths they knew well. What they did not know was that a large lion had eaten and then fallen asleep in the middle of the path. As they got close they could hear breathing. ‘What is it?’ they asked. One found its coat and said ‘it is very warm and cuddly. It will keep me warm on cold nights.’ Another found its tail. ‘I can use this to keep the flies away”. A third found its mouth. ‘I think it is very dangerous and is carrying sharp knives’. They were all right and wrong. None knew the whole story. But then the lion awoke and devoured them all.”

It seems that the archbishop wields pagan philosophy better than he does scripture. Here, in the middle of a keynote speech, the head of the Anglican Communion employs a Buddhist parable to make a point meant to cut through the infighting based on the nature of human sexuality.

The Buddhist parable, taken from the Buddhist text Titha Sutta (c500 BC), which contains one of the earliest versions of the story, goes like this:

“A group of blind men heard that a strange animal, called an elephant, had been brought to the town, but none of them were aware of its shape and form. Out of curiosity, they said: ‘We must inspect and know it by touch, of which we are capable’. So, they sought it out, and when they found it they groped about it. The first person, whose hand landed on the trunk, said, ‘This being is like a thick snake’. For another one whose hand reached its ear, it seemed like a kind of fan. As for another person, whose hand was upon its leg, said, the elephant is a pillar like a tree-trunk. The blind man who placed his hand upon its side said the elephant, ‘is a wall’. Another who felt its tail, described it as a rope. The last felt its tusk, stating the elephant is that which is hard, smooth and like a spear.”

In some versions the blind men realize their disagreements and each one argues that he is right, coming to blows over what they’ve come to believe. In other versions they come to a compromise. In still others, a person who can see comes along and enlightens the blind men on the nature of what they’re experiencing. In a Buddhist text, it’s thought-provoking; in the mouth of a Christian archbishop, it’s deeply flawed and sadly unbiblical. If the archbishop truly believes the philosophy behind his parable, then it is he who is blind.

Archbishop Welby is drawing the conclusion that we don’t really know what is dangerous to the Church because we all have different ideas about it. The Global South bishops argue sexual immorality is the lion at hand, destroying bodies and souls. Western bishops argue that the real enemies don’t lie primarily in our bodies or in our own hearts but in the social ills that surround and oppress us. Orthodox Anglicans appeal to scripture, tradition, and reason to guide them as to the true nature of our enemies. Progressive Anglicans appeal primarily to experience, and since experience varies among individuals, so do our perspectives.

If the use of pagan philosophy in a Christian lecture by one of the highest ranking Christian leaders in the world is a sign of things to come, there is little hope left for orthodoxy in Canterbury. As for all those who look to an orthodox Anglican faith to sustain them, the story of the blind men unable to understand truth is fiction, but the Scriptures are true. Jesus Christ is in the business of opening blind eyes, of helping men see the whole lion and the whole elephant. This is why He came: to bring light to a darkened world, clarity out of confusion, and Truth in the face of deception.

St. Paul reminds us of the dangers of employing these kinds of philosophies that, in the light of Christ, are not so helpful as they may have once been to make sense of the world. “See to it that no one takes you captive through hollow and deceptive philosophy,” he writes, “which depends on human tradition and the elemental spiritual forces of this world rather than on Christ. For in Christ all the fullness of the Deity lives in bodily form, and in Christ you have been brought to fullness.” (Colossians 2:8-9) The great Apostle could not have made it any clearer.

Therefore, let’s not go back to a time where Buddhist teachings are the best expression of man’s attempt to understand the world. Christ has come. We’ve inherited a different world than that of Buddha. Let’s not go backwards, employing men’s philosophies, ancient and well-intentioned as they may have been. Instead, let’s move forward in confidence with the fullness of the revelation of Jesus Christ. In Him, no matter what the likes of Welby say, we are no longer blind. Now, we see.