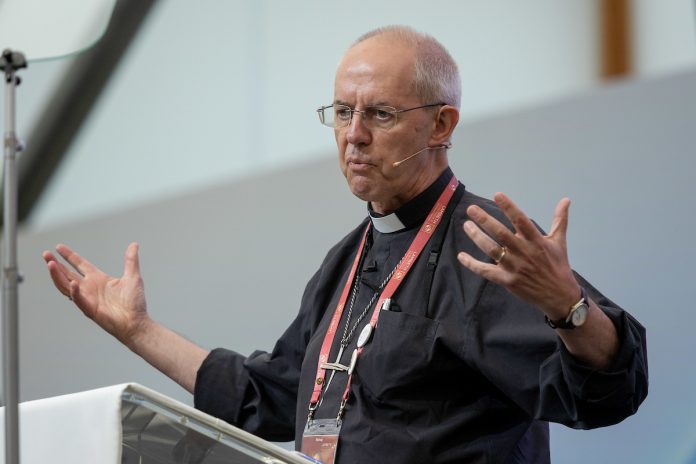 The Archbishop of Canterbury has today written to the bishops of the Anglican Communion on the issue of Human Sexuality. The letter was published just before the Lambeth Conference looks at a “Call” on the subject[1].

It contains four passages which are presented as unquestionable fact when the bishops at the Conference who represent the vast majority of Anglicans in the world- those of the Global South Fellowship of Anglicans (GFSA) regard them as anything but.

They were already deeply troubled by the way the matter was being handled, but the letter has plenty of potential to make the situation much worse.

“The Call states that many Provinces- and I think we need to acknowledge it’s the majority- continue to affirm that same-gender marriage is not permissible. The Call also states that other provinces have blessed and welcomed same sex union/marriage…”

This is a far from fair and yet it is presented as an accurate statement of fact. The real fact of the matter is that the dissenters are a tiny minority.

By any standards the “majority” is an overwhelming one- it would be a surprise to most if these six provinces combined could draw 700,000 people to their pews on the average Sunday- a miniscule fraction of Anglicans worldwide.

Despite there, accordingly, being no real such plurality, Archbishop Welby then goes on to present the divide in opinion as just that- “a plurality of views”- treating both as if they were equal but opposite and equally valid. And the last thing the orthodox want is to have Western relativist views of truth imposed on them as unquestionable.

Justin Welby’s assertion is that, “… the Call states the reality of the life in the Communion today.”

This, however, regards the question which so divides the Communion to again in fact be an unquestioned fact- the definitive take.

The GFSA bishops, however, simply do not accept that those who have, “torn the fabric”, of the Communion should be permitted, by establishing “facts on the ground”, to create a new reality for all.

“I write therefore to affirm that the validity of the resolution passed at the Lambeth Conference 199, 1.10 is not in doubt and that the whole resolution is in existence. Indeed the Call on Human Dignity made clear this is the case, as the resolution is quoted from three times in the paragraph 2.3 of the Call…”

Affirming the continuing existence of the Resolution and that it was validly passed is to play linguistic games- it says nothing about its truthfulness or authority. The approach is patterned after that of those liberal clergy, who by oath, “assent” to the existence of the Thirty-Nine Articles, but not their content.

But typically the passage is simply incorrect: the resolution is not, “quoted from three times”- it is quoted from once– to emphasise inclusion of all the baptised, referenced twice but again, in no way that affirms its content or strictures. Again, something is presented as unquestionably true, when it is simply not so.

The expectation that the wider world should accept that an English archbishop’s views on “plurality”, “truth”, “reality” are, especially in such circumstances, unquestionable may, perhaps should, cause great offense.

And if all that wasn’t bad enough, the archbishop repeats that the rebels have come to their view, “…after careful theological reflection…” but notably does not take the chance to state that the GFSA bishops have formed their opinion also after such an exercise. That will surely be seen as further confirmation, were it needed, that to Welby the majority world does not as clever with, “the truth” as well as the white, Westerner is.

[1] Prejudice on the basis of gender or sexuality threatens human dignity. Given Anglican polity, and especially the autonomy of Provinces, there is disagreement and a plurality of views on the relationship between human dignity and human sexuality. Yet, we experience the safeguarding of dignity in deepening dialogue. It is the mind of the Anglican Communion as a whole that “all baptised, believing and faithful persons, regardless of sexual orientation are full members of the Body of Christ” and to be welcomed, cared for, and treated with respect (I.10, 1998). Many Provinces continue to affirm that same gender marriage is not permissible. Lambeth Resolution I.10 (1998) states that the “legitimizing or blessing of same sex unions” cannot be advised. Other Provinces have blessed and welcomed same sex union/marriage after careful theological reflection and a process of reception. As Bishops we remain committed to listening and walking together to the maximum possible degree, despite our deep disagreement on these issues. [2]https://www.episcopalnewsservice.org/2022/07/28/with-same-sex-marriage-in-the-spotlight-where-does-it-stand-across-the-anglican-communion/