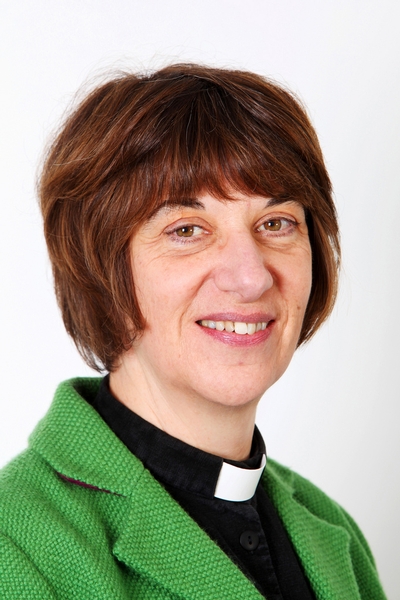 As the first female bishop in the House of Lords, Bishop of Gloucester Rachel Treweek explains that there is no tension between Christianity and feminism.

Having made history as the first woman bishop in the House of Lords, Rachel Treweek believes equality is rooted in the Bible. “In Genesis, it talks about God creating humans in God’s image,” she says. “If we’re all made in God’s image, then God is neither male nor female – so men, women, girls, boys – we’re all equally created.”

She is happy to debate with those who do not share her view. On her first day as a bishop, she went to meet parishioners of a church most opposed to her appointment. “I always say: ‘Let’s talk about theology, but if it’s misogyny, I am going to call it out.’ A lot of what has been framed as theology is blatant misogyny,” she adds.

Treweek has occasionally been called “bossy” – “That’s so gendered. If I were a man, I’d be called assertive,” – and faced patronising comments: “When I lead prayers, a man will say, ‘You did that so well’; I reply: ‘If I were a man, would you say that?’”

The bishop, 59, grew up in Hertfordshire, in a Christian household. In her mid-20s, she was working as a paediatric speech therapist when she heard God’s call. She told her local vicar, who replied: “I have been waiting for you to say that.”Related

One long night, after going to see a pantomime – “so I know God has a sense of humour!” – she had a “wrestling experience with God”. She cried, but a song kept playing in her head: You Laid Aside Your Majesty, Gave Up Everything for Me, which made her think about the sacrifices she believes God made for her, and how she wished to do the same. “It was a Road to Damascus moment – and what is extraordinary is that women couldn’t be ordained at that time.”

When the vote to allow women priests went through the General Synod in 1992, Treweek was at theological college. She became a priest in 1995 and 20 years later, after being a bishop for only four weeks, entered the House of Lords. She had to send back her writ of summons to be tweaked as it referred to a “Right Reverend Father in God”.

“I hadn’t realised how historic it was,” she admits. “The gallery was full – a lot of female MPs came in – and applause broke out… People often say I’ve been a pioneer, but I’ve never seen it as a career path; it’s always ‘what is God calling me to do?’ But I feel passionately about girls and women being equal.”

Still today, only five of 26 bishops in the Lords are women and she worries progress is stalling. “A lot of dioceses have appointed suffragan – assistant bishops – who are women, and I wonder if there is an [attitude of]: ‘we don’t need another one.’”

Feminism informs much of her work. She is bishop to HM Prisons and says far too many women are in prison who shouldn’t be. “A lot of them have been abused. They go in for petty crimes when we’re not dealing with the root issues.”

She must also be the only bishop who talks about Love Island, as she goes into schools to discuss body image. “It was an issue for me as a teenager, but I didn’t have social media,” she recalls. “And in reality shows, they make it seem as though you have to look a certain way to get a relationship. The campaign says: ‘your value does not come from what you look like’.”

It is a much-maligned woman – Mary Magdalene – who inspires her. “People often think she was a prostitute, but she wasn’t,” Treweek says. “She was the first person Christ appeared to after his resurrection, and he always spoke to her as an equal.”