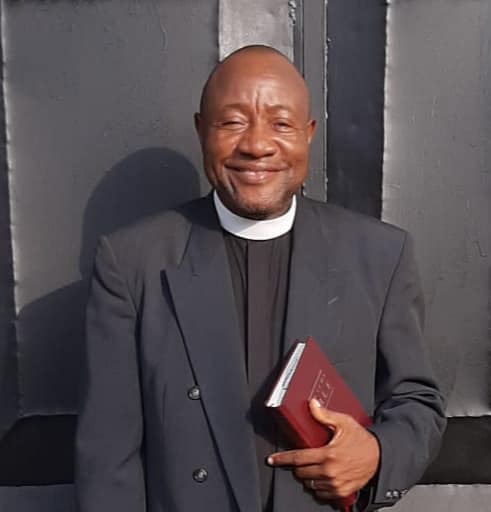 The Dean of Trinity Cathedral, Monrovia, the Very Rev. James Sellee, was elected Bishop of Liberia at a special meeting of the diocese’s synod held on 19 February 2022 the Church of the Good Shepherd Paynesville, Monrovia.

Three priests of the diocese stood for election to succeed the Most Rev. Jonathan Hart, Archbishop of West Africa and Bishop of Liberia, who will retire next February upon his 70th birthday.

In addition to Dean Sellee, Dr. Herman Browne, the Archbishop of Canterbury’s former chaplain and current Dean of Cuttington College, and parish priest the Rev. Canon Michael Tuan Sie were on the ballot. Dean Sellee received 183 votes (74.7%) of the votes cast, meeting the two thirds criteria among the clergy and laity.

The Episcopal Diocese of Liberia comprises over 25, 000 baptized members in 125 congregations. The church was devastated by the country’s 1989 to 2003 civil war. The 14 year conflict ravaged the nation, destroying many of the diocese’s churches, schools and institutions. Warlord armies employing child soldiers devastated the nation, leading to 250,00 deaths. Many Episcopalians were forced to flee the country, including the Rt. Rev. Edward Neuffville, bishop of the diocese who lived in exile in the United States until he was able to return to the country in 1997. When he returned to the country, he found Monrovia without electricity and running water, his office looted, the cathedral devastated and Cuttington College destroyed. Under Bishop Neuffville and his successor, Archbishop Hart, the church has sought to rebuild its schools, churches, hospitals and other institutions.

Speaking after his election to the Daily Observer, Bishop-elect Selle spoke of his hopes for the future of the diocese and Liberia.

“We pray to bring everybody on board and, like I said last night, the whole Episcopal Church has won, so we need to work together because we have so much to be done for this diocese. Being elected at this time, I think it is the time that the Lord has set for me to become a Bishop for Liberia and to serve the diocese.

“I have served under three Bishops, Bishop Browne, Bishop Neufville and Bishop Hart and so I have learned a good example as well as their mistakes,” he explained. “So I hope to emphasize the rural Ministry. You know the Liberia situation is often that people will put emphasis and forget about the rest of the diocese. I also want to lay emphasis on evangelism—bringing more members to our church, so we have a lot to do and we believe that it can be done with so many people on board and those who oppose us to work together to build a better diocese.”

“For the past few years,” he noted, “priests have not been paid; no money to run the church, but we believe that the little we have, if we manage our wealth well with openness, transparency and accountability, we can make it. We also need to learn to raise our own money because we Liberians are always calling on America or Europe for help and I think we need to invest into agriculture.”

Bishop-elect Sellee’s election must be approved by the House of Bishops of the Province of West Africa. His consecration date has not yet been set.