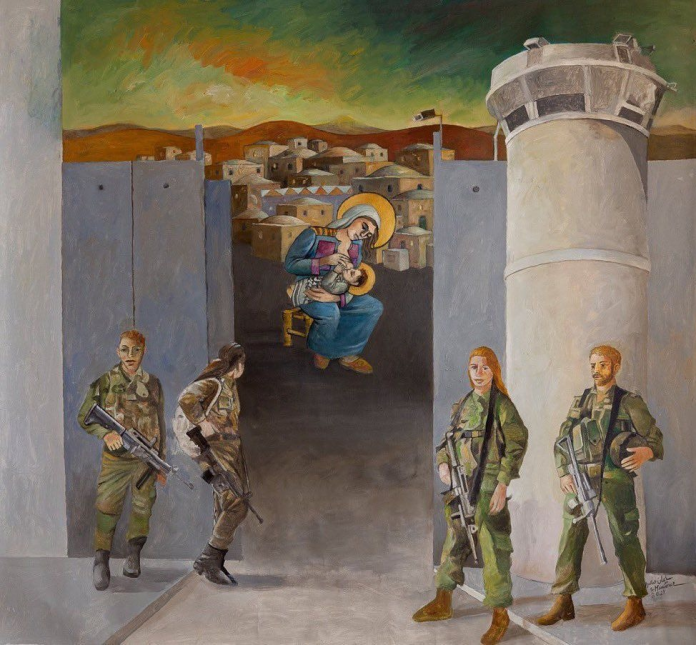 It is the time of year for Christians to consider Mary’s and Joseph’s journey from Nazareth to Bethlehem – and to wonder how they might have fared today.

If unimpeded, the journey by foot and donkey would take, at best, some five days, at say 15 miles per day – bearing in mind Mary’s advanced state of pregnancy.

The direct route today would take them through the wall – up to eight metres high at some points – that cuts the West Bank off from Israel. There is a high likelihood that the Israelis manning the gate south of Nazareth would not allow them through. In that case Jesus would have been born not in Bethlehem but just outside Jenin.

In the event that Mary and Joseph had the permits to allow them to enter the Palestinian territories, then they would have to negotiate a further ten Israeli security checkpoints on the direct route to Bethlehem.

That said, it is not uncommon for pregnant women to give birth during the interminable waits at these checkpoints. In that case nativity plays up and down Britain would feature barbed wire and armed Israeli guards rather than a stable. Shepherds and angels would be hard pressed to get a look in.

And what about the three wise men from the East? Israeli security forces would hardly have regarded following a star as a valid reason for entry. Coming from the East – commonly held to be Persia, i.e. today’s Iran – would likely have got them shot or arrested and their goods confiscated for analysis.

Conjectures about the Holy Family in today’s Israel and Palestine might lead us to consider the fate of Christians more generally. Christians account for about 1% of the population of Israel and the occupied Palestinian territories – and the numbers are falling. Palestinian Christians tell me that they live under a “double occupation” comprising both Israelis and Moslems.

It is thus appropriate at this time of the year that all British Christians spare a thought for their brethren in the land of Christ’s birth.

Is Christianity doing more harm than good to American men?

The Church of England’s diversity mission has gone too far