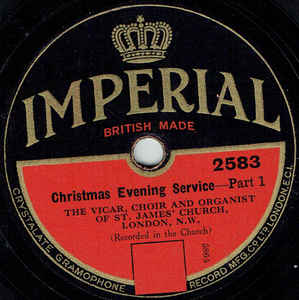 (30/11/2021) The Church of England is to release a Christmas single as part of a campaign to encourage more people to hear the real Christmas story through their local church.

The single, a new carol version of In the Bleak Midwinter by one of the country’s top young composers, Rebecca Dale, will form the soundtrack to this year’s Church of England Christmas campaign.

The single is released on all streaming platforms from Wednesday 1st December onwards. It can now be streamed or downloaded online

‘#AtTheHeartOfChristmas’ is the Church of England’s theme for Advent and Christmas 2021.

Local churches all over the country will be welcoming their communities – onsite and online – to celebrate and share the good news of Christ’s birth with special services and events, supported by a wide range of national resources.

The new carol’s composer Rebecca Dale is one of the country’s most exciting young composers who has been hailed as “a household name in years to come”.

Her 2015 debut self-release for choir and orchestra, I’ll Sing, reached No.1 in the iTunes Classical Single Charts and was Classic FM’s Choral Classic of the Week. She made history as the first female composer to sign to Universal Music’s Decca Classics label, with her debut album, Requiem For My Mother, going to No.1 in the specialist Classical charts. She has written works for numerous classic artists and ensembles and has contributed music for various well known TV programmes and Films. Born in 1985, she was composing from a very young age and has fond memories of singing in church choirs while at school.

She said: “It’s so exciting to have been invited to write this new Carol for the Church of England’s Christmas theme #AtTheHeartOfChristmas.

“Although In the Bleak Midwinter is a poem which was written nearly 150 years ago, it has a timeless mystery and is wonderfully evocative of a journey from the wintery landscape to the stable and the heart of the nativity story.

“I have long wanted to set this text, and so when the Church of England asked me to be involved in this project, this was my very first thought. I hope people will enjoy the setting and that it helps connect them with the amazing story which is at the heart of Christmas.”

The Carol has been recorded by St Martin’s Voices, under the direction of Andrew Earis, in the church of St Martin-in-the-Fields, London.