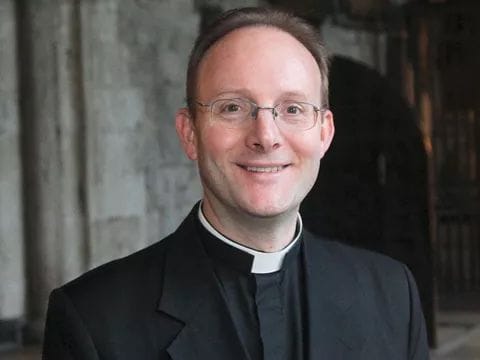 The Episcopal/Anglican Province of Alexandria announced today, Monday, the approval of the Executive Committee of the region and the diocese of Egypt to appoint Anthony Ball the British as an assistant bishop for Dr. Samy Fawzy, Archbishop of the Episcopal/Anglican Province of Alexandria, for assistance in serving in the dioceses of Egypt, North Africa, the Horn of Africa and Gambella.

Archbishop Dr. Samy Fawzy Shehata, in a statement, expressed his happiness with the approval of the Executive Committee of the region and the diocese of Egypt to choose Anthony Ball as his assistant, stressing that the Archbishop of Canterbury witnessed last October the inauguration ceremony of the Episcopal/Anglican Province of Alexandria, which represents a new beginning for the Church in North Africa and the century But it required the appointment of new leaders to participate in the development and growth of the church service.

The Archbishop added: Canon Anthony Ball has supported ecclesiastical service in Egypt and North Africa for many years in addition to his long experience in the Middle East, which prompted the Executive Council of the Province of Alexandria and the diocese of Egypt to approve his appointment as Assistant Bishop.

The Archbishop thanked Westminster Abbey Cathedral in which Anthony Ball serves, after it agreed to this partnership in the service of the gospel, as well as for the support of the church at this pivotal time in the life of the Alexandria region, stressing that the service of consecrating Anthony Ball will be held on the thirtieth of November at All Saints Cathedral in Cairo.

On his behalf, Canon Anthony Ball expressed his great enthusiasm for serving in the Alexandria region, stressing that Egypt, in particular, played an important role in his faith journey, and then he looks forward to developing his current relationship with the Church in Egypt and building new relationships with all the countries of the region, which includes ten African countries, Egypt. Libya, Tunisia, Algeria, Mauritania, Chad, Ethiopia, Eritrea, Djibouti, and Somalia, and is currently headed by Egypt.

The elected assistant bishop continued: In each of the ten countries of the region, there are new opportunities that testify to the Christian faith and pose a challenge to its service locally and to link it to Westminster Abbey Cathedral in which I serve, as well as to the Anglican Church in Britain, which represents a positive transformation.

While Dr. David Holly, Dean of Westminster Abbey Cathedral, in which Ball serves, considered that his choice of the post of assistant bishop for the province of Alexandria is a measure of the deep appreciation enjoyed by Anthony Ball, who has a close relationship with the Church in the Middle East, stressing that Westminster Abbey Cathedral has emptied Anthony Ball of much. One of his job duties is to find enough time to serve the Alexandria region, which enjoys a prominent position in us.

It is worth noting that Canon Anthony Ball graduated from the British University of Durham and later joined the diplomatic corps and worked in foreign positions in the Middle East and Spain, during which time he has ordained a priest, and his last position was in Damascus, where he served as an envoy of the Archbishop of Canterbury to the heads of the Orthodox churches in Syria and Lebanon, in addition to his work at the British Embassy and as an Anglican chaplain.

From there, he moved on to join Archbishop Rowan Williams’ staff at Lambeth Palace, where he was responsible for advising on ecumenical, religious, and international relations and is currently head of St Margaret’s Church.