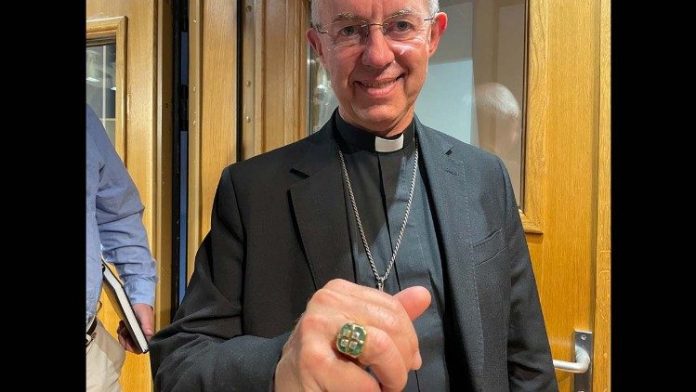 Wrapping up an interview with Vatican News, the Archbishop of Canterbury, Justin Welby, showed those present the pastoral ring he is wearing. It’s not just any ring, but a very important “fragment” of the history of ecumenism. Indeed, it was given by Pope Paul VI to the then Anglican Primate, Michael Ramsey, on March 23, 1966, during his historic visit to Rome. This was the first visit by a head of the Anglican Communion since the beginning of the English Reformation, four centuries earlier.

On that day the Italian Pontiff, now a Saint, took off his pastoral ring and put it on the Archbishop of Canterbury’s finger. Before making this extraordinary gesture, he got his personal secretary, Father Pasquale Macchi, to ask Ramsey’s chaplain, Reverend John Andrew, whether he would accept the gift, which he immediately did.

However, it has been revealed that the Most Revd Ramsey did not expect a public gesture. It all happened outside St. Paul’s Basilica, where Paul VI and Archbishop Ramsey had prayed together and signed a historic joint declaration between the two Churches: approaching Ramsey, the Pontiff asked him to take off his ring and after he did so, he took off his pastoral ring and put it on the finger of the Archbishop of Canterbury.

The Most Revd Ramsey himself had surprised Pope Montini by kneeling spontaneously and unexpectedly before him during a private audience on the previous day. He kept that ring on his finger as “a sign of esteem, friendship and of unity” – as Don Macchi said – and, today, his successor Archbishop Welby is wearing it during his visit in Rome. The gold gemstone ring bears the coat of arms of Pope Paul VI.