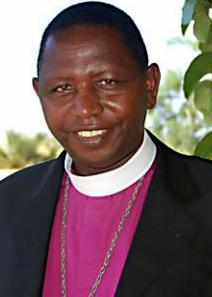 The former Archbishop of Uganda, the Most Rev. Stanley Ntagali, has broken his public silence over his suspension from the ordained ministry after having admitted to the primate, the Most Rev. Stephen Kaziimba, that he had committed adultery.

On 13 January 2021 Archbishop Kaziimba wrote to the members of the Church of Uganda’s House of Bishops informing them of his predecessor’s affair. He wrote: “this adultery is a grevious betrayal on many levels. Retired Archbishop Ntagali has betrayed his Lord and Saviour, his wife and their marriage vows, as well as the faith of many Ugandans and global Christians …”

The penalty for this breach of church discipline and moral law would be severe, he said. “I have informed retired Archbishop Ntagali that he is not permitted to function sacramentally, preach, or represent the Church of Uganda in any way until further notice,” the archbishop’s letter said.

Anglican Ink published the letter on 18 January 2021. However, many viewers denounced the letter as a fraud and forgery that was designed to blacken the name of a good man. They stated the Ugandan press had not reported the news of the suspension and were aghast that an American-based news outlet would publish the story.

However, later on the 18th the chairman of the GAFCON, the Most Rev Foley Beach, published a letter confirming the news of the suspension and asking for prayers for all concerned.

Archbishop Ntagali has declined to respond to press queries, but on 19 January 2021 issued a statement on twitter asking for pardon from the church.

“Official Statement: I would like to apologise for my actions as we all know we live in bodies that are prone to sin but as the bible teaches forgiveness, it is in these trying times that we (Church of Uganda) must walk the talk.”

“I apologise to my family, the church of Uganda, the whole Christian fraternity and most importantly repent to the most high. Nothing can be done to account for or takeaway this but the blood of Christ. I’m sorry Uganda Forgive me God.”

Speaking before a group of 200 people on 23 January 2021 at his home in the Kikuube District at a party celebrating the engagement of his daughter, Archbishop Ntagali said: “I am always a happy man, but the devil is a liar. We are more than conquerors in Jesus’ name.”

The Daily Monitor reported the retired archbishop did not confirm or deny the charges of adultery lodged against him at the party but said his daughter’s engagement was a welcome distraction from the difficulties of the recent days.

The Daily Monitor has subsequently reported that Archbishop Kaziimba met with the husband of the woman with whom the archbishop had the affair; the Rev. Christopher Tugumehabwe, a lecturer at Bishop Barham University College Kabale.  The priest’s wife, Judith Tukamunhabwa, last month filed a suit for divorce against Fr. Tugumehabwe on the grounds of cruelty. The couple have been separated for some time, and it is alleged the child recently born to Mrs. Tukamunhabwa was fathered by Archbishop Ntagali.

Sources within the Church of Uganda tell AI the fathering of a child on the wife of a fellow clergymen was a topic of heated discussion among church leaders. The Ugandan press has also reported this allegation, but no official confirmation or denial of the claim has been made.