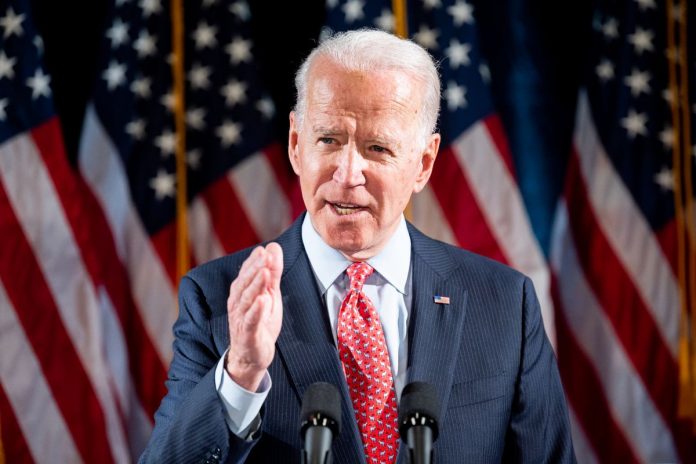 In this post, I want to draw out some logical consequences of the Democrats having prevailed in the face of the multiple challenges to their majority in the Electoral College. I proceed in a series of logical steps:

1. The US Constitution does not address what happens if a President elect, as selected by the Electoral College, resigns or becomes incapacitated before his term of office, under the 20th Amendment, begins at noon on January 20 of the year following a presidential election. In either event, the President elect would not take the oath of office, and so would never become the President. That office would remain vacant until filled by some other procedure — but what law instructs us as to how that is to be done?

3. That same Section goes on to specify:

4. Those provisions, however, would not appear to address the situation where a duly elected President elect, having been chosen before his term was to start, resigns or becomes mentally incapacitated before January 20. In either of those events, it is not a case of the President elect’s having failed to qualify for office before the start of his term, although perhaps such an argument could be made. The better interpretation of the verb “qualify”, however, would be as referring to a temporary inability, as of January 20, to meet the express qualifications for the office of President (e.g., not having attained the age of 35 before January 20, as opposed to not being a native-born citizen, which would be a permanent disqualification) —- some such inability that can, and perhaps soon will be, cured in due time. But in the case of resignation, instead, the elected candidate declines to assume the office, as is his right in a free country; and in the case of becoming mentally unfit, he becomes incapable of performing the office.

5. Neither does the 25th Amendment address the hypothesis of the resignation or incapacitation of a candidate-elect before actually assuming office. It speaks only to those who already occupy the offices of President or Vice President (i.e., who have taken the prescribed oaths), not to those who have yet to assume those offices and who have yet (or who are unable) to take the oaths.

6. Finally, 3 USC Section 19 would also appear to fail to address the situation of any candidate-elect resigning or becoming incapacitated before assuming office. It begins as follows:

That statute is on the books by virtue of the authority granted to Congress by Section 3 of the 20th Amendment, quoted above. But by the terms of that Amendment, it applies only to cases where a “president shall not have been chosen” (emphasis added), which would not be the case under the assumptions made here, or it applies to cases where “the President elect shall have failed to qualify” (emphasis added), which just takes us back to the discussion in ¶ 4 above. There does not appear to be any predicate for that provision to kick in where a President elect is incapacitated or otherwise unable to be sworn in.

7. The only language that could arguably be read to apply to the situation of a President elect’s resignation or permanent incapacity between the confirmation of his election and January 20 would appear to be the following original language in Article II, Section 1, clause 7 of the Constitution, which dates back to 1789:

Let us see how such a scenario would work out. Assume the following:

8. As happened on December 14, the electors met in the various state capitals, and a majority (more than 270) cast their votes to elect Joe Biden as President, and Kamala Harris as Vice President. And on January 6, Congress confirmed those results, making Joe Biden the official “President elect”.

9. Between January 6 and January 20, 2021, however, Joe Biden either voluntarily resigns as President elect, or becomes permanently incapacitated (i.e., has a totally disabling stroke, or goes into a coma from an accident, or becomes senile, or unable to speak, or suffers some similar serious disability). What happens then? Who is inaugurated as President on January 20, 2021? a. Does Kamala Harris automatically become President? By which constitutional provision, or federal statute? See above — there is no amended constitutional provision or statute that covers that precise situation.

10. Nevertheless, let us assume that Kamala Harris steps up and demands that she be inaugurated as President on January 20, 2021, since (as she argues) the Vice President replaces the President in cases covered by Art. II, Section 1, Clause 7 of the Constitution, which remains in effect except only to the extent it was amended by the 25th Amendment quoted earlier. She argues — cogently, I would contend, that the “Resignation, or Inability to discharge the Powers and Duties of the . . . Office,” of either the President or of the President elect amounts to the same thing, because there is no one otherwise authorized to act in such a case except for the Vice President, who will have by then assumed office without challenge or disability. (There is no ability to provide for the appointment of a replacement VP elect, since any actual Vice President has to await appointment as specified in Am. 25, Section 2 — see below.) She also would cite to Section 1 of the 25th Amendment, which is roughly to the same effect. (“In case of the removal of the President from office or of his death or resignation, the Vice President shall become President” — but see the even more comprehensive provision in Art. II, Section 1, clause 7 of the original Constitution, quoted above.) 10. So what are the consequences of Vice President elect Harris becoming President as of January 20, 2021 — or at any later time before the next presidential election?

a. The first consequence is that she no longer will preside over the Senate.
b. A second consequence will be that there will be no such presiding officer (apart from an agreed president pro tempore, chosen by seniority among the existing Senators) until a replacement Vice President is nominated by (now) President Harris and approved by a majority of both Houses of Congress (Am. 25, Section 2):

c. But if Harris assumes the office of President as of January 20, 2021 or later, who will control the voting in the Senate, without her authority under the Constitution to break tie votes? Consider: If the Republicans, as now appears likely, lose both of the Georgia Senate elections, then the Democrats will have a 50-50 balance in the Senate, and (in a Biden administration) they could count on Vice President Harris to act as tie-breaker in the event of any stalemate or tie.
d. But if (in the scenario assumed above) VP Harris becomes President Harris on January 20 (or later), then she will no longer be able as of that date to resolve 50-50 ties in the Senate; nor will the Democrats in the Senate be able to resolve such disputes, since they will have to await the appointment of a new VP to decide tie votes. The Senate would likely agree upon a presiding officer pro tempore, but that person could not resolve any 50-50 ties, because he or she will necessarily be one of the 50 votes on whichever side is his or her party.
e. The Senate could thus be deadlocked indefinitely over the approval of a person appointed by Harris as her Vice President, so long as none of the 50 Republicans (e.g., Collins, Murkowski or Romney) defects, and so long as all 50 Democrats adhere to their party’s line.

11. Now you can begin to appreciate the pressure the Democrats will be under to keep Biden functioning as President for as long as he is physically up to the job (and perhaps even if he becomes incapacitated: remember how Edith Wilson kept the truth about her stricken husband from the public for seventeen months, until his second term ended in March 1921).

12. But the Democrats will still be in a “Catch-22”: they cannot arrange for Kamala Harris to assume the presidency without losing, possibly until the end of Biden’s term, the ability to designate a Vice President who will be able to resolve any tie votes in the Senate.