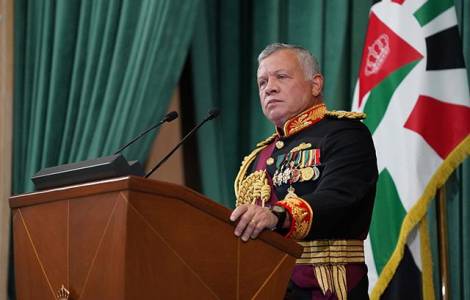 Amman – For the Jordanian royal family, the Hashemite Custodianship of Jerusalem’s Islamic and Christian holy sites “is a duty, a commitment, a firm belief, and a responsibility we have proudly undertaken for more than a hundred years”. With these words, King Abdallah II of Jordan solemnly reaffirmed the role of the royal family as guardian of the Christian holy places in his so-called “Speech from the Throne” on Thursday 10 December in Amman, on the occasion of the inauguration of the 19th extraordinary session of the Jordanian Parliament.

“We have not, and will never, waver from defending Jerusalem, its holy sites, its identity, and its history”, added the King of Jordan, rejecting any attempt to alter the status quo of the Holy City, a “symbol of peace”, and to modify the current layout of the area around Al Aqsa Mosque. In his speech, the Hashemite monarch also reiterated his “strategic choice” in the search for a “just and global” peace in the Middle East and the two-state solution to the creation of an independent and sovereign Palestinian state “within June 4th 1967 valid border lines “with East Jerusalem as the capital.

“Denying the Palestinian people their just and legitimate rights”, remarked King Abdallah I, “is the very reason our region continues to suffer conflict and instability”.