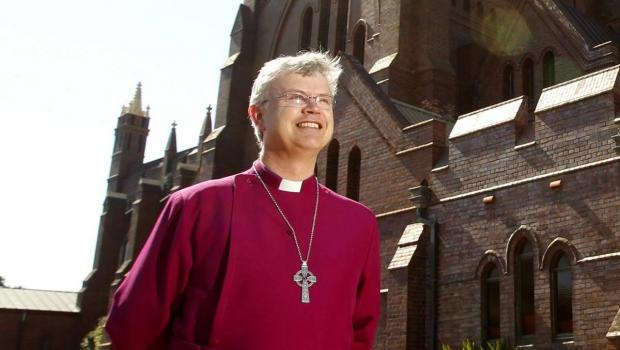 The Bishop of Newcastle, Peter Stuart, has written a “pastoral letter” to his diocese which, while very verbose, has been understood to indicate that he now gives permission for “Wangaratta” blessings to occur in his diocese.

In his letter, Bishop Stuart states that,

The letter’s section on the Appellate Tribunal’s decision runs for over three pages without ever giving a clear answer to the obvious question that everyone is asking “will blessings be permitted?”. Nevertheless, given that Stuart does not say that blessings may not go ahead, the letter has been understood to provide tacit approval. The sense of this is only further reinforced by a piece in the Newcastle Herald which Stuart actively co-operated with, “Newcastle Bishop Peter Stuart calls on Anglicans to support ‘blessing’ of same sex marriages in diocesan churches” and an accompanying editorial “Bishop Peter Stuart’s inclusive vision of the Anglican Church“.

While the letter seeks to give the impression that “conversations continue” and states that “truth-seeking requires sustained and engaged conversation” it is quite clear that Stuart has provided the final word.

Stuart’s decision to push on with the blessings will be seen as an open rejection of both the Primate’s request for restraint and a motion at a recent NSW Provincial Synod which “requested the ministers of the Province to wait and not to act upon these matters until they are debated at the next General Synod.” Stuart was the sole member of the synod to vote against that motion.

Clergy within the diocese have told davidould.net that there is “a lot of unhappiness from the Herald article”.

The letter can be found at the link below.