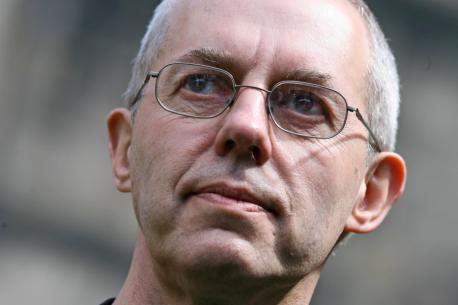 The background to this complaint was described in my last blog post connected with John Smyth. I mentioned the way that the Archbishop of Canterbury had become aware of serious accusations made against the former chairman of the Titus Trustees in 2013. This was a year after one of his victims, Graham, had made a disclosure to a senior clergyman in Cambridge involved with the Titus Trust. We have already made reference to the fact that Archbishop Welby knew John Smyth personally.  He has admitted visiting his house on one occasion. It has never been claimed that they were close friends, but Welby’s own conversion and background within the Christian faith owed much to the evangelical Christian networks in Cambridge in the 1970s.  Here Smyth also had many links. The network that is now known as ReNew was very strong in Cambridge. Mark Ruston and Jonathan Fletcher both exercised an influential ministry among undergraduates in that city through the Round Church. Many of the officers who worked at the Iwerne camps were undergraduates in Cambridge at that time, including the young Justin Welby and Nicky Gumbel. Networking is something that the REFORM/ReNew network have always done very successfully. The conservative evangelical world which originally nurtured Welby always strongly sustained a sense of camaraderie.  Archbishop Welby, although later broadening out in his churchmanship sympathies, did not appear to lose these connections and friendships with those in the world of conservative Anglicanism.

The 2013 complaint about John Smyth should have been a alarm call for Archbishop Welby. As I indicated in a previous blog on this topic, he certainly knew many people in Smyth’s network to ring up and ask what the story  was all about. I mentioned before an extraordinary lack of curiosity on Welby’s part. Do we perhaps detect an attitude of fear and the desire not to know what was being revealed?  Anyone who lived, as Welby did, on the periphery of the world of Jonathan Fletcher and John Smyth must have had some inkling that they were personalities which were at the very least controversial and possibly dangerous. While we can take Welby’s claim that he did not know John Smyth well, we would have expected that, as a newly appointed Archbishop of Canterbury, he would have wanted to investigate how far the scandal might go.  One of the principles of safeguarding, and well established as good practice by 2013, is to establish whether an individual poses any kind of risk. Although Smyth was a long way away in South Africa, he was still a potential risk in safeguarding terms. What did Welby do? He asked the Bishop of Ely to look into the matter.  A letter was written in 2013 by the Bishop of Ely to the Bishop of Table Bay outlining the risks posed by Smyth.    No reply was ever received. No follow-up was made, either by Welby or the Bishop of Ely. Neither was there another letter written, as far as we know. On a television programme in 2019, Welby claimed to have sent another letter at the same time to the Archbishop of Cape Town. In spite of enquiries, no copy of this later letter has ever been produced to confirm this claim. Smyth was active in legal circles in South Africa to within months of his death in 2018, and there was no attempt by him to hide from either the Church or the civil authorities in South Africa.

The complainant, Graham, has two major issues with the core group who examined his complaint against Archbishop Welby. In the first place he, as the complainant, was never formally interviewed to establish the facts from his perspective.  Both as a survivor and a safeguarding complainant he felt that he should have been properly heard.  It was as though the core group had no interest in establishing facts. In the second place it was stated today in the Lambeth statement that the complaint was simply about safeguarding practice.  From Graham’s perspective, the complaint was much wider than this. Archbishop Welby was in a position to stop John Smyth from having access to young people at any point between first hearing the about his misbehaviour in 2013 right down to the moment when the whole story came fully into the public domain in February 2017. Graham was also critical of the way that the chief of staff at Lambeth Palace, David Porter, approached him directly in an apparent attempt to interfere with the complaint process. This approach appeared to have the authority of the chairman of the Welby Core Group., Zena Marshall.  She is also the Deputy Director of the National Safeguarding Team. Graham has made this effort to subvert the process the topic of a further complaint.

As an outsider, I write my commentary based on the written documents before me.  I do not have the face to face interviews with the parties concerned.   With the evidence before me, I confess feeling considerable unease about what I see. Even when stripping out all the details of who knew what and when they knew it, something deeply dysfunctional is being revealed in these two documents. In 2013 (or possibly a year earlier) a huge destructive scandal came to the attention of the most senior leaders of the Church of England. This was not just about a vicar at the other end of the country committing some criminal offence. This was a complaint about an individual who was (or had been) influential and widely known to considerable numbers of clergy in the Church of England. Worse than Smyth’s original offences, which have never been contested, was the fact that these crimes were covered up for 30 years. A young man in Zimbabwe died at one of Smyth’s camps and there were some attempted suicides as well as many ruined lives.  It is hard to understand how a person with enormous influence in the Church, as Welby had, did not see this as a matter of extreme priority and deal with it decisively. For a core group later to say that there had been no safeguarding concerns about his actions in 2013 and later seems rather feeble. This weak lack of response suggests that there may have been, as with recent scandals in the Catholic Church, a desire to bury wrongdoing in the hope that it would just go away. I, for one, am deeply disappointed in the way that these documents reveal a lack of transparency, candour and honesty in facing up to the appalling abuse legacies of the past. There are, I believe, at least 22 victims of John Smyth who will all be re-abused by reading these documents and the institutional failures they will see in them.   Graham’s complaint against the processes set up by the NST has not been to all appearances properly answered. For all of these survivors this day, 12 November 2020, will be a day which they will remember forever as a moment when the Church of England has failed them once again.  It did this by not providing anything in the way of justice or a proper path to healing.