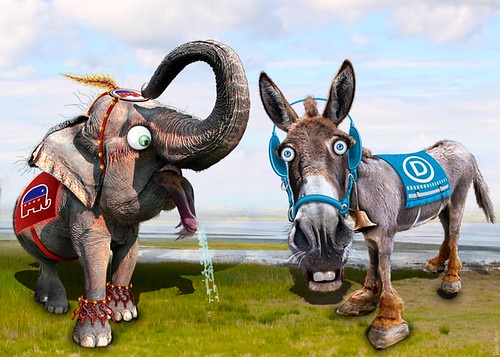 Last month I wrote a Letter to the Editor of Christianity Today magazine. Here is a preface and the Letter.

I am a retired theologian and missionary, an Evangelical generally favorable to the views of Christianity Today. However, I felt compelled recently to write a letter to the Editor.

For all of my Christian life, I have been a consistent pro-life voter. That used to include voting for some local Democratic candidates, which is no longer the case, as Democrats have embraced abortion as a party mandate. So I generally pull the “R” column in the voting booth. The exception came in 2016, when I abstained on the Presidential ballot.

Which brings me to the causes for my Letter to the Editor. Last December, as he retired as chief editor of CT, Mark Galli published a volatile column titled “Trump Should Be Removed from Office,” supporting the impeachment of the President. In an online article in August titled “Joe Biden Campaigns on Faith,” Richard Mouw, former president of Fuller Theological Seminary, says of Biden: “He may not be the conservative Catholic that a lot of evangelicals would like him to be, but when he talks about his faith, it rings true.” Oh, please. [Update: In light of the recent Hunter Biden email revelations, I am waiting for CT to urge us to abstain from voting for President altogether.]

So the September issue of CT arrives and is dedicated to racism and policing, both worthy topics for Christian discussion and involvement. Coming two months before the election, however, it is impossible not to read the issue as a tip of the hand. Let me mention several items (there are more) in which I think CT shows which direction its hand is tipping.

An “Under Discussion” column discusses “When is it a sin to vote for a political candidate?” One pastor states: “Abortion is the watershed issue of our day, and if the church doesn’t stand against it, we will usher in further judgment from God.” A theologian writes: “It is wrong to vote for someone who isn’t a morally decent person.” While the other seven opinions are not so clear-cut, they tend in the theologian’s direction.

An article on “Life Choices” is subtitled, “Some evangelical activists feel growing tension between pro-life commitments and support for President Donald Trump” and leads with the case of “a pro-life spokeswoman quit her job rather than endorse Donald Trump for another term.”

A columnist decrying political idolatry cites favorably Charles Colson’s view of the church as the conscience of the state but criticizes Colson’s focus on abortion, euthanasia, and gay marriage as “inadequate” in neglecting matters of war and peace, criminal justice and policing, housing and urbanism. The founder of Prison Fellowship did of course address these latter issues – as matters involving prudence and charity rather than moral and biblical principle.

In a book interview, the author of The Liturgy of Politics waffles: “It’s not just a question of ‘How do I take propositional truths from Scripture and apply them to debates about specific policies or politicians?’ Inevitably, we’re going to disagree about that…our decisions in the voting booth is probably best left to our own consciences in the sight of God.” Any decision, e.g., that Jews are secretly running the country and should be dealt with?

So here is my Letter to the Editor, in case it never sees the light of day:

P.S. The Letter did not appear in the October print edition.