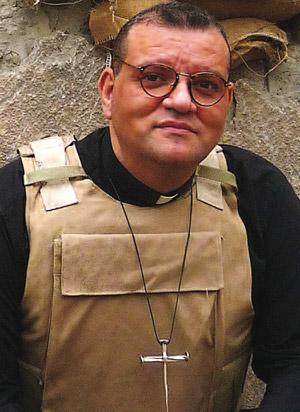 A Charity Commission inquiry has strongly criticised a poverty relief charity after its founding trustees failed to manage conflicts of interest arising from its relationship with a company linked to its ambassador, Canon Andrew White, and unauthorised payments were made to a trustee.

A legal Order has been handed down to the trustees of Hampshire-based CAWRM, where founding trustees have been found responsible for misconduct and/or mismanagement.

An inquiry was opened into CAWRM in 2018 following a compliance visit which uncovered a number of serious governance concerns.

Investigators found that the charity paid the company, Ace White Gold Ltd, over £14,000 to provide PAYE services. Ace White Gold was set up to trade in commodities and was connected to all of the charity’s founding trustees in some way.

The founding trustees did not have a written agreement in place and no legal advice was sought around the service agreement with the company. An interim manager who was appointed by the Commission to review the relationship between the charity and Ace White Gold concluded that the agreement was not in the best interests of the charity.

The inquiry found that the founding trustees had held charitable funds in Canon White’s personal bank account for a period while the charity was unable to open a bank account. No safeguards were in place to ringfence the charitable funds from his personal money. This failing led to the ambassador owing the charity money but due to inadequate record-keeping the founding trustees were unable to confirm how much.

Investigators also found that books written by Canon White, and funded by the charity, were sold and promoted at events he attended as ambassador. Whilst the trustees understood that Canon White would donate funds raised from the book sales to the charity, they did not have a written agreement in place for this and the inquiry has not seen evidence that any funds were donated.

One founding trustee also received unauthorised payments of over £15,000 for providing services to the charity. The individual resigned as soon as they became aware that this was unauthorised.

Significant sums were found to have been spent on overseas consultants and a school in Jordan, without clarity of what this was for. The inquiry found that these arrangements predated the creation of the charity and were set up by Canon White.

Among other serious concerns about financial management, the inquiry found that the charity had transported around £42,000 in cash out of the UK during trips to Jordan and/or Israel in 2018. The Commission has previously warned against the practice of cash couriering. Investigators issued an Order to restrict the use of this practice, which trustees have since complied with.

The inquiry concluded that the founding trustees had not considered or managed the personal benefit to Canon White and did not always act independently of him, as was their legal duty. An ambassador is not a formal role in the governance of a charity, and it is the trustees that should hold overall management, responsibility and control of a charity.

To address the failings and the shortfalls in the charity’s governance and management, the inquiry served the trustees with an Order under section 84 of the Charities Act.

This requires action to strengthen the charity’s governance such as by introducing personal benefit and conflict of interest policies.

It also requires the current trustees to consider the recovery of any personal benefit to the ambassador and the unauthorised salary payments made to one of the founding trustees.

The current trustees have made some progress on the inquiry’s concerns already, implementing safeguarding and GDPR policies.

The regulator will follow up with the charity to assess the current trustees’ compliance with the Order.

Tim Hopkins, Assistant Director of Investigations and Inquiries at the Charity Commission said:

This case is a reminder that good governance is more than a bureaucratic detail. It should serve as a lesson for all charities in the importance of strong independent boards that protect and steer their charity towards furthering its purpose, in the interests of those it is set up to help. The role of an ambassador should be to support a charity and help it thriv

Our inquiry exposed a number of inappropriate arrangements and transactions which were overseen or permitted by the former trustees – including failures to manage the charity’s relationship with its ambassador, identify and manage conflicts of interest, and prevent private benefit. We will monitor the trustees’ compliance with our Order to ensure that the changes we need to see are made.

Read the full report of the Commission’s inquiry into CAWRM

As of 31 July 2020 Canon Andrew White is disqualified from acting as a trustee and/or holding any office or employment with a senior management function in all charities for a period of 12 years. This action relates to his conduct in another charity.

The Charity Commission is the registrar and regulator of charities in England and Wales. Its purpose is to ensure charity can thrive and inspire trust so that people can improve lives and strengthen society. The Commission is an independent, non-ministerial government department.