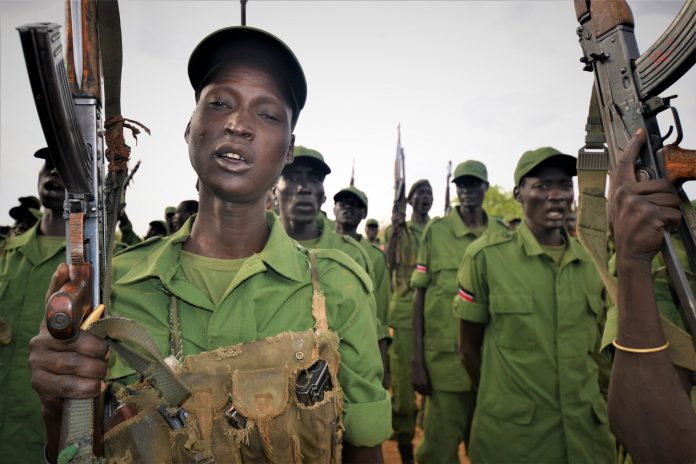 The gunmen attacked Makol Chuei village from two directions, killing the cathedral’s deacon and at least 14 women and children who had sought refuge in the church compound by vandalizing the church, destroying their worship instruments and then setting the area ablaze along with the entire village.

“After killing people in the church, the gunmen went to the homestead village and killed people there,” Bishop Ayom said. “The gunmen burned down the whole village in Makol Chuei. Thus far, we have six people who are missing and we are not sure whether they are alive or dead. In addition, six children were also abducted.”

About 90% of Jonglei State’s population are Christian, but they are from many different ethnic tribes. Communal violence has intensified in the state, recently killing hundreds of civilians and creating humanitarian emergencies in the region. Meanwhile, political leaders are meeting in the South Sudan capital of Juba to implement the revitalized peace agreement designed to end the six-year civil war pitting President Salva Kiir Mayardit against opposition leader, First Vice President Riek Machar Teny.

The country’s vice president, James Wani Igga, visited Jonglei earlier in July and kneeled in front of the warring communities, begging them to embrace a peaceful means of resolving differences.

There have been ongoing clashes between the Nuer, Dinka and Murle tribes in Jonglei since before the creation of the Pibor Administrative Area in 2014. In mid-May, gunmen armed with machine guns attacked villages in Jonglei, killing hundreds of people, including a number of aid workers. Thousands of civilians were displaced. Several peace activists have accused the government of doing little to quell the cycle of tribal conflicts in the region.

Participants at the recent peace conference in Jonglei that brought together traditional elders and government officials headed by Igga recommended the creation of a buffer zone and deployment of neutral armed forces to curtail the counter attacks between the youth from Jonglei and the Pibor Administrative Area.

Rampant cattle raiding, child abduction, and conflict over grazing land have been blamed for the unrest in Jonglei. However, Bishop Ayom believes the latest killing of women and children in the church compound is politically motivated.

“The only solution to the communal conflict is to engage the youth, elders, and church leaders and bring them together for peace dialogue,” Ayom said.

Another attack in Jalle village killed an Anglican archdeacon, Jacob Amanjok, along with three pastors.

“There is no need of killing the pastors,” Ayom said. “I am not happy about this issue of killing and destroying churches. I would like to appeal to the international community to intervene. As a church leader, I forgive the gunmen. The Bible says we have to forgive those who do wrong to us.”

Read it all at Religion Unplugged