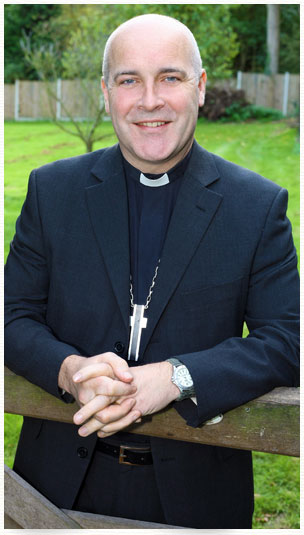 If the next Archbishop of York, Stephen Cottrell, were not so woke, would he have received mercy from the Church of England’s National Safeguarding Team?

Cottrell, who on July 9th replaces John Sentamu as the CofE’s second most senior cleric, this week admitted to a safeguarding failure when he was the suffragan Bishop of Reading in 2010.

After the various abuse scandals that have rocked the established Church in the past five years, bishops are no longer masters in their own houses (dioceses).  The NST, which was set up in 2015, now wields enormous power. It can make or break a bishop. In Cottrell’s case, it has chosen to pronounce absolution:

‘He has shown insight and humility in accepting that he failed to act as he should have done in relation to a serious matter and acknowledged his own ability to fully recognise and respond to safeguarding concerns in 2010 was compromised by a lack of training and understanding, which he has subsequently sought to address.’

Such mercy is in stark contrast to the NST treatment two weeks ago of former Archbishop of Canterbury George Carey when, arguably, it earned itself a new Orwellian acronym, the NSS – the National Safeguarding Stasi. It told the Bishop of Oxford, Steven Croft, to remove Carey’s permission to officiate at his local parish church. This was due to ‘concerns’ raised during the CofE’s current review of its handling of the John Smyth abuse scandal. Lord Carey, 84, who retired as Archbishop of Canterbury in 2002, lives in the market town of Newbury which, though in the county of Berkshire, is included within Oxford Diocese.

During his enthronement at Oxford’s Christ Church Cathedral in 2016, Croft had himself been subject to a public protest by victims  of church abuse. One survivor highlighted Croft’s alleged failure as Bishop of Sheffield to investigate properly his abuse disclosure.

In 2017, Carey admitted that whilst he was Archbishop of Canterbury in the 1990s he had been duped by the serial church abuser, former Bishop of Gloucester Peter Ball, then a friend of Prince Charles and of various figures in the British establishment . Carey admitted he had mishandled the allegations against Ball and resigned as an honorary assistant bishop in Oxford Diocese.

In a statement following the removal of his PTO, Carey said he was in the dark over the ‘concerns’ about his alleged link with Smyth. He also said that since 2018 he had been expecting to receive safeguarding training from the NST and an opportunity to meet with survivors of Ball’s abuse: ‘They have failed to deliver action on either of these matters which were the subject of mutually agreed action. As a result, I have little confidence in their ability to pursue a proper investigation.’

It has emerged that in 1983 Smyth was a part-time independent student at Trinity theological college in Bristol whilst Carey was principal there. Carey says he has no memory of meeting Smyth and that is entirely plausible given that Smyth was not a residential CofE ordinand. But, even if he did meet Smyth fleetingly and forgot about it, Carey would not have been let in on the secret about the savage abuse Smyth committed against boys and young men he groomed through the Iwerne evangelical camps for pupils from the elite English boarding schools. Carey, being from a working class background, did not move in those circles.

Unlike Cottrell, who is an active promoter of the LGBT agenda in the Church, George Carey has remained resolutely orthodox on the heterosexual nature of marriage and on the traditional Christian sexual ethic.

Is it conceivable in the current CofE moral climate that Carey would become a bishop, let alone an archbishop? Cottrell, in contrast to the likely flatlining of Carey’s career in the politically-correct CofE, has risen rapidly up the ranks in the Noughties and Noughteens because his socially Marxist views chime in with the spirit of the age.

The contrasting NST treatment of Cottrell and Carey shows that being woke pays career-wise in the CofE. But over a retired cleric’s desire to help out with services at his local church it would seem that faithfulness to the revealed Word of Christ does not.