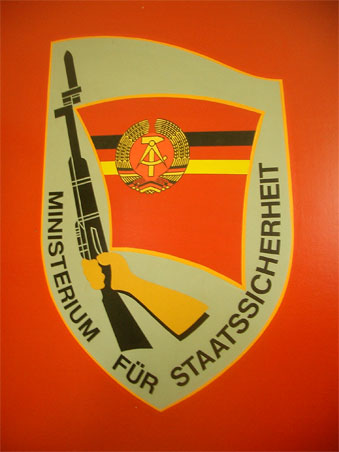 Has the former Archbishop of Canterbury George Carey been the victim of a Stasi-style injustice in the summary removal of his permission to officiate in Oxford Diocese?

According to a diocesan statement, Carey, 84, had his PTO removed because ‘new information has come to light’ in the course of the Church of England’s ongoing review into its handling of the John Smyth abuse scandal. The review is led by a well-respected former director of social services, Keith Makin. In the 1970s and 1980s, high-earning lawyer Smyth, then a Queen’s Counsel, savagely beat boys he groomed through the Iwerne evangelical camps for pupils from the ‘top 30’ fee-paying English boarding schools.

The Oxford statement does not specify what this ‘new information’ was that was passed onto the Church of England’s National Safeguarding Team, which then told  the Bishop of Oxford, Steven Croft, that he had to act against Carey.

But the ‘new information’ is almost certainly to do with the fact that Carey was principal of Trinity theological college in Bristol when Smyth was an independent part-time student there in 1983 a year after the Iwerne leadership privately told Smyth to get out of the network.

Carey claims he has no memory of meeting Smyth and is ‘bewildered and dismayed’ by the sudden decision to take away his PTO and the lack of an explanation why.  In 2017 Carey resigned his role as an honorary assistant bishop in Oxford Diocese after admitting he had been duped by the serial church abuser, Peter Ball, and to mishandling the allegations against Ball whilst he was Archbishop in the 1990s.

Carey’s PTO, which he applied for in 2018, enabled him to help out with services at his local parish church. Surely a lesser man than Carey would not have bothered with Christian service at his local church after resigning as an honorary bishop in the diocese?

The strong evidence is that even if Carey did meet Smyth at Trinity and forgot about him amidst the various student faces passing his eyes, he would have had no knowledge of the abuse scandal. After a victim disclosed Smyth’s abuse in 1982 to the then vicar of the Round Church in Cambridge, Mark Ruston, the scandal was kept secret. Ruston compiled a report on the abuse but circulated it to a small group of Iwerne leaders. The report was not made public or passed onto the police.

So, why has Carey been fingered for an association with Smyth? And where does that leave clearly Iwerne-background clergy in the Church of England who knew about the Smyth scandal in the 1980s? If ‘new information’ comes to light about them in the course of the Makin review, which is due to report next year, will they be summarily suspended Stasi-style?