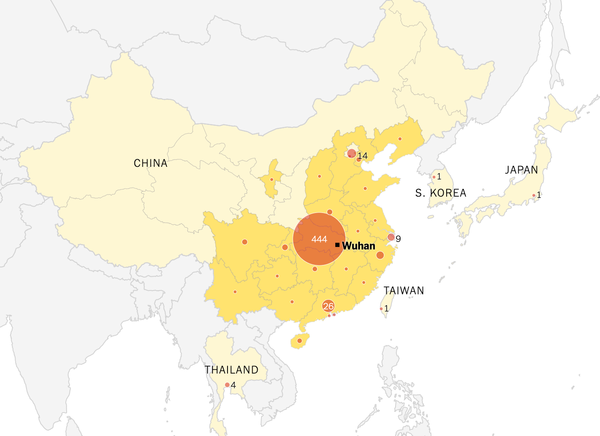 The Chinese government has rolled out tough new rules on religion, requiring religious leaders to ‘display complete devotion to the Chinese Communist Party’.

Those rules limit communications between churches and overseas organisations, including donations.

But even before the new rules took effect on February 1, there were reports that Chinese officials were confiscating aid intended to help churches fight the coronavirus.

According to International Christian Concern (ICC) a Chinese Christian tweeted on January 27, ‘Some overseas Christians shipped supplies designated to serve local hospitals through local churches. Yet the supplies were confiscated.’

The tweet continued: ‘And the Christian who received the shipment was invited to “have tea” with the police (a common practice to intimidate and threaten citizens).’

A Christian human rights lawyer has also been ordered to delete his posts on the coronavirus. ICC say police warned lawyer Sui Muqing that his posts on the situation in Wuhan were damaging to the Party and ordered him to take them down.

Even so, Christians in Wuhan have been giving out facemasks on the streets and sharing their faith with passers-by.

The limit on church aid to help with the coronavirus comes as China introduces even tougher restrictions on religious freedom.

‘From now on, the Chinese Communist Party will become the head of the churches, temples, mosques, and other religious institutions. They will dominate every sphere of religion, from religious doctrines and leadership selection, to financial management.’

In practice, observers say this will require churches to seek state approval for a wide range of activities, including:

·      major meetings and activities, and

The new measures came into effect on February 1, 2020. Says Bob Fu: ‘These regulations will require religious leaders and organisations to display complete devotion to the Chinese Communist Party.

‘There will be little autonomy and independence left for any religious organisations in China.’

He adds: ‘No independent religious institutions, such as house churches, will be legally tolerated or allowed to exist unless they join the state-run church organisations.’

It was Chinese President Xi Jinping who introduced this process of Sinicization ­– inserting so-called ‘Chinese characteristics’ into religion.

For decades, China has controlled religious groups by monitoring official religious organisations. But under Xi, the authorities launched a five-year plan to tighten Communist Party control over religion.

Local officials throughout China have been insisting that churches fly the national flag and destroy religious imagery, such as crosses. They have also demolished many church buildings.

In state-run churches, Christians are commanded to sing patriotic songs and listen to pro-Communist Party sermons.

Churches who refuse to comply can be closed and their Christian members arrested.

Adds Release partner, Bob Fu: ‘Since the Chinese Constitution guarantees religious freedom for all in Article 36, they are violating the very law by which they encourage Christians to abide.’