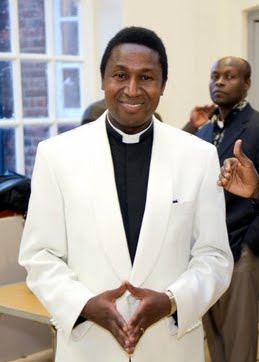 Eight years after being arrested for immigration fraud, a Southwark vicar has been banned from the ministry of the Church of England for unlawfully pocketing wedding fees. A disciplinary panel of the Diocese of Southwark held the Rev. Nathan Ntege conducted 475 weddings at the parish of  St Jude and St Aidan Thornton Heath in the Croydon archdeaconry between January 2007 and April 2011. The fees dues to the Diocesan Board of Finance for these services was £66,912 but “no fees had been remitted to the DBF in this period”, the panel concluded.

A native of Uganda, Mr. Ntege was the chaplain of the Luganda Fellowship, a church organization founded in the 1970’s for Luganda-speaking Anglicans resident in greater London.  He was installed as priest in charge of St Jude’s in 2002, and made vicar in 2007.

In his first four years at St Jude’s, Mr. Ntege conducted 29 weddings. The pace quickened beginning in 2007 with nine weddings a day taking place on some Saturdays. In 2011 the UK Border Agency arrested him, charging him with facilitating immigration fraud. In Oct 2014 a judge at Inner London Crown Court threw out the trial after he determined UK Border Agency officers concealed evidence and lied under oath. Judge Nic Madge ruled “bad faith and serious misconduct” had fatally undermined the case against the vicar and six other defendants.

After the trial Mr. Ntege was permitted to resume his post at St Jude’s, but in 2017 the Archdeacon of Croydon initiated church disciplinary proceedings over the shortfall in fees collected at the suspect weddings but not remitted to the diocese. At the November 2019 hearing the panel found the vicar ‘had knowingly engaged in systematic wrongdoing over a period of several years” and “wrongfully retained substantial sums of money which he knew should have been remitted to the DBF and had done so over a sustained period of time.”

Mr. Ntege, who had been able to delay his hearing for over a year due to claims of ill health claimed he had not been properly trained by the Church of England upon his arrival from Uganda and was unfamiliar with his statutory responsibilities. The panel was not persuaded by this argument and further noted he had “not demonstrated any remorse in relation to his conduct.”

“Accordingly the panel ordered that the respondent be removed from office with immediate effect, that he be prohibited for life from the exercise of any of the functions of his orders, and his name be entered on the Archbishops’ List,’ the report said.