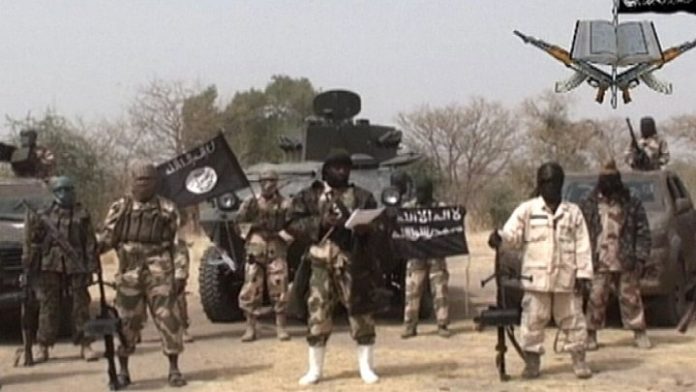 As Islamic State releases a video claiming to show the killing of 11 Christians in Nigeria, persecution watchdog Release International names Nigeria as a country of special concern for 2020. Other persecution hotspots are likely to include Iran, Iraq, China and India.

A splinter group of Boko Haram has produced a video claiming to show the beheading of 10 Christians in Nigeria and the shooting of an eleventh. The video was produced by the terrorist group, Islamic State West Africa Province (ISWAP). Its release on December 26 appears to be timed to coincide with the Christmas celebrations.

ISWAP claimed the hostage murders were in revenge for the death of IS leader Abu Bakr al-Baghdadi, who killed himself during an attack by US forces in October.

Voice-over commentary to the video stated: ‘This message is to the Christians in the world. Those you see are Christians and we will shed their blood as revenge.’

The latest murders come as persecution watchdog Release International names Nigeria as a key country of concern for 2020.

‘Tens of thousands of Christians are being driven from their homes by the ongoing persecution in Nigeria,’ says Release CEO Paul Robinson. ‘While the death toll is rising, the world simply watches. Nigeria’s government appears to lack the will or the power to prevent the killings.’

Christians in Nigeria are being targeted by three Islamist terror groups: Boko Haram, its offshoot ISWAP, and heavily armed Fulani militia who are killing thousands and taking over their villages.

Release International’s Nigeria partner, Archbishop Ben Kwashi, says: ‘Across the north, the mainly Muslim Fulani have been taking land from predominantly Christian farmers by force and occupying their villages.’

‘They attack, typically, in the middle of the night while people are sleeping. They shoot in the air and create panic to drive the villagers out. When the people flee from their houses into the darkness, the Fulani lie in wait with their machetes and cut them down. Again and again. And the government seems powerless to stop them.’

Writing in a recent book, Neither Bomb Nor Bullet (Lion Hudson 2019), Archbishop Kwashi warns: ‘Nigeria has become the largest killing ground for Christians in the world today.’

In 2015 the Global Terrorism Index (GTI) named Fulani extremists as the fourth–deadliest terror group in the world. By 2018, GTI reported: “Deaths attributed to Fulani extremists are estimated to be six times greater than the number committed by Boko Haram.’

In 2019, GTI reported that deaths attributed to Fulani elements had risen by 261 per cent in a single year. ‘Eighty-four per cent of these armed assaults targeted civilians’. The report continued: Fulani extremists had become the ‘primary driver of the increase in terrorism’ in sub-Saharan Africa.

‘And in 2020, these attacks by Fulani militia are set to continue,’ warns Paul Robinson of Release International. ‘Our contacts on the ground say the government does not have the will to stop the land-grab and provide security for Christians.’

Other persecution hotspots for 2020 identified by Release International include Iran, Iraq, India and China. In each of these countries there is growing evidence of increasing violence against Christians.

Persecution has been increasing in Iran for the past four years. Release’s Iranian partner describes a ‘forced exodus’ of Christians as the government acts to ‘exterminate the Persian-speaking church’.

A national clampdown on Christianity has driven many Iranian church leaders overseas. And the restrictions are getting worse.

More than 100,000 refugees are expected to arrive in Iraqi Kurdistan in the coming year, driven out as a result of unrest to the south of Iraq and instability in neighbouring Syria.

Recent reports that Islamic State fighters are re-establishing a foothold in Iraq will increase the insecurity of the remaining Christians. Around 1.5 million Christians have already fled, leaving only some 300,000 in Iraq.

‘The one bright spot on the horizon,’ says Paul Robinson, ‘is the commitment by UK prime minister Boris Johnson in his Christmas speech to support the growing number of Christians who are being persecuted for their faith.’

In his message, Mr Johnson declared: ‘I want us to remember Christians around the world who are facing persecution. We stand with Christians everywhere, in solidarity, and will defend your right to practise your faith.’

Mr Johnson’s government has reaffirmed its commitment to implement the recommendations of the recent report by the Bishop of Truro, which found that Christians were now the most persecuted minority around the world. Release International and others contributed to research for that report.

‘Release is delighted that the UK government has pledged to put freedom of religion and belief at the centre of foreign policy,’ says Paul Robinson. ‘This could make a significant difference in the coming year, as persecution worldwide looks set to increase.’