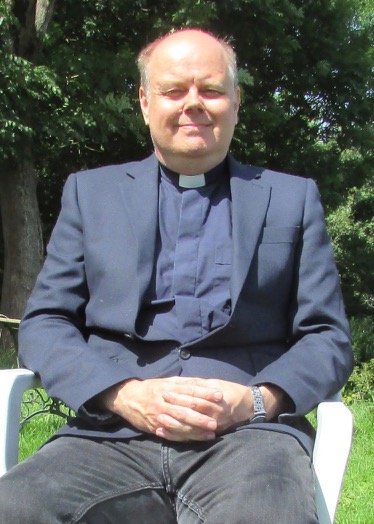 I decided to train for Church of England ministry when I was in my 20s back in the early 1990s. My wife and I were attending a lively Anglican evangelical church in Sevenoaks, Kent – St Nicholas – whilst I was working as a reporter for a retail trade paper. I was thinking about the best scenario in journalism – I had ambitions to be a political reporter – but when I thought about going into full-time gospel ministry I wanted that more.

I bought the line then that the CofE was ‘the best boat to fish from’. I saw ministers I respected being really fruitful for Christ in the CofE,  so it seemed natural for me to go to the same denomination as my evangelical leaders.

Also, the biblically-faithful legacy of the Book of Common Prayer and the 39 Articles of Religion was and, to be fair, still is the official doctrine of the CofE, and so an evangelical could join it with spiritual integrity.

From 1996 to 2000 I was a curate (assistant minister) in Chester. In 2000 I became vicar of the Parish Church of the Ascension, Oughtibridge in South Yorkshire and served there for 19 years before defecting to Lancashire in October to minister in the foundationally evangelical Free Church of England.

Thank the good Lord, Christ’s sheep at the Ascension are now receiving biblically faithful ministry from their mission partner Christ Church Fulwood , a well-resourced Anglican evangelical church in south-west Sheffield. But, given its convictions, Christ Church faces its own difficult decision over its future relationship with the Church of England.

People have asked me what has changed in the CofE in recent years such that I have decided to leave it now and whether this decision has involved some soul-searching.

It certainly has and it has been a zig-zag journey for me to this point. But the basic reason for deciding to leave now is the fact that the CofE’s governing body, the General Synod, has become much more politically correct since the last elections in 2015. This became clear in July 2017 when the Synod passed a motion calling on the government to ban same-sex-attracted people from choosing therapy to help them form heterosexual relationships. No Christian should defend or condone the coercion or abuse of same-sex-attracted people but for the Synod to call on the government to ban an adult’s own choice of therapy seemed to be an act of neo-Stalinism.

It seems likely that that the Synod will, after the next elections in 2020, authorise services of same-sex blessing in the CofE. It also looks likely thereafter that the Synod will change the CofE’s Marriage Canon to allow homosexual weddings in local churches. If this profound doctrinal change comes about, then the Church of England will have ceased to be a recognisably Christian denomination but rather a religious subsidiary of the socially Marxist establishment of post-Christian Britain.

I have also been asked what I might say to an evangelical in his 20s, like I was, thinking of going to train in the Church of England today.

I wouldn’t try to tell him what to do because that would imply that I’m some kind of hotshot minister who’s got all the answers. I’m not and I haven’t. But I might ask him some questions to ponder on. Are there not grounds for evangelicals to be very cautious about committing to long-term, full-time, pastoral ministry in the CofE given the direction of travel? And do you think the senior ministers you would be accountable to in the CofE, i.e. its diocesan bishops, can be trusted to pass on and defend the good deposit of the apostolic gospel?

Why not instead at least consider the option of serving the Lord in a federation of churches or in an independent church whose leadership is really committed to the proclamation of the true biblical gospel of eternal salvation from sin and death through faith in the real Jesus Christ to whose undying love every believer in him is inseparably united?

In terms of my hopes for Emmanuel, I don’t think I’m likely to preside over a ministry explosion, but I do hope that some lost sheep will be found for the living Christ in the town through our witness as a church family. In God’s economy, doesn’t just one saved soul for eternity make it worth going to Morecambe?