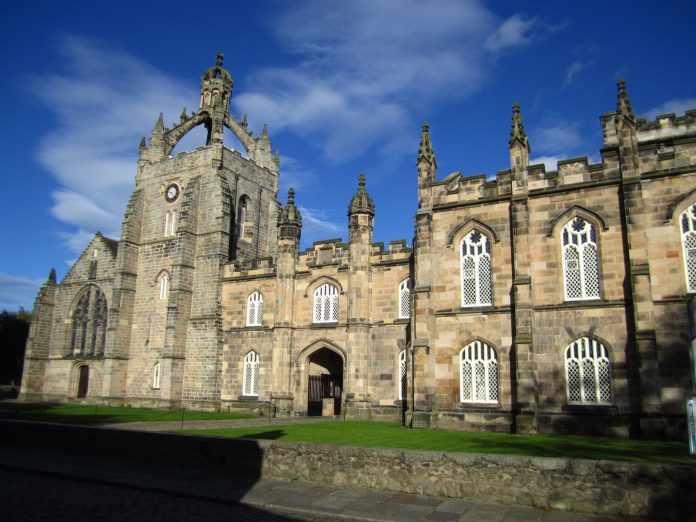 AUSA’s pro-choice policy, adopted in November 2017, directs AUSA “to campaign against” groups that offer pro-life advice and to give “no funding, facilitation, or platform” to pro-life associations.

Insisting that “fundamentally access to abortion is an issue of bodily autonomy,” AUSA’s policy calls upon the student union to “oppose the unreasonable display of pro-life material within campus and at AUSA events.” The policy does not offer any explanation of what AUSA deems to be “unreasonable.”

After a year of obstructing by Aberdeen University and AUSA, delaying and rejecting ALES’ application for affiliation, the Christian Legal Centre (CLC) filed a lawsuit against AUSA in Aberdeen Sheriff’s Court in April, alleging unlawful discrimination and violation of rights protected by UK law.

Roger Kiska, acting for CLC, argued that the University had violated its statutory obligation to guarantee freedom of religion or belief under provisions of the Equality Act 2010 (UK) and the Human Rights Act 1998.

Section 10 of the Equality Act treats “religion” or “philosophical belief” as a “protected characteristic” and the European Court of Human Rights has specifically ruled that opposition to abortion falls within the category of belief guaranteed by Article 9 of the European Convention of Human Rights.

Describing AUSA’s no-platforming policy as “a naked show of aggression to any viewpoint that dissents from their pro-abortion worldview,” CLC argued that the Students’ Association was part-funded by student tuition fees, “creating a direct financial interest whereby the discriminatory application of policies to reject legitimate societies from AUSA affiliation becomes all the more egregious.”

In a sudden U-turn following the court filing, AUSA suspended its pro-abortion policy, prompting ALES to re-apply for affiliation. That application was accepted and affiliation was offered to ALES on May 14.

During an earlier hustings, a female student Sabbatical Officer gave Mason the finger and told him to “F**k off” because he did not have a womb and called security to remove him. Over 100 students voted to uphold the discriminatory policy.

Attacking the pro-lifers, a pro-choice student posted on Facebook:

On Facebook, student Andrea Hernandez wrote that Alex Mason was “white, cis, male and the most entitled idiot I’ve ever come across. Of course he would not understand what it is like to be an oppressed minority and of course he is from America and his privilege prevents him from being anything other than entitled.”

When pro-lifers asked the University to intervene on behalf of their application for affiliation, senior management delayed their response despite the University’s commitment to resolve complaints within 20 days. They also did not inform the pro-lifers about the reason for the delay as required by Section 3.6 of the University’s Complaints Handling Procedure (CHP).

Two months later, the University’s Academic Services department told the pro-lifers that they had declined to get involved and suggested that ALES should go back to AUSA for redress.

Aberdeen University’s Religion and Belief policy and its statement on ethics and diversity states that it is “committed to providing a learning, working and social environment in which the rights and dignity of all its members are respected, and which is free from discrimination, prejudice, intimidation and all forms of harassment and bullying.”

Writing in The Gaudie, the Aberdeen student newspaper, Mason called the no-platforming policy “a prime example of censorship” pointing out how “the pro-life ethic, specifically as it relates to opposing abortion” was one of the most-heavily censored viewpoints on university campuses.

“The various efforts by students’ associations to prohibit, restrict or even de-ratify pro-life societies have been well-documented at universities around the UK including Strathclyde, Cardiff, Dundee, Oxford, Glasgow, Newcastle, Stirling, Liverpool, Edinburgh, Warwick, Cambridge, and Manchester. But this kind of censorship isn’t limited to other campuses. It’s happening here at Aberdeen, too,” wrote Mason, who is from Virginia.

The University’s Catholic Society and Christian Union have supported ALES in their pro-life campus activism. Over 60 % of ALES students are Catholic, while 40 % are Evangelical.

The case is part of a disturbing trend across over 100 UK universities where 48% of universities have implemented speech codes and policies which limit religious expression. At least 108 universities in the UK have censored free speech through direct action or over-regulation.

In March, Glasgow University agreed to grant affiliation to Glasgow Students for Life following a legal challenge when their application was similarly rejected.