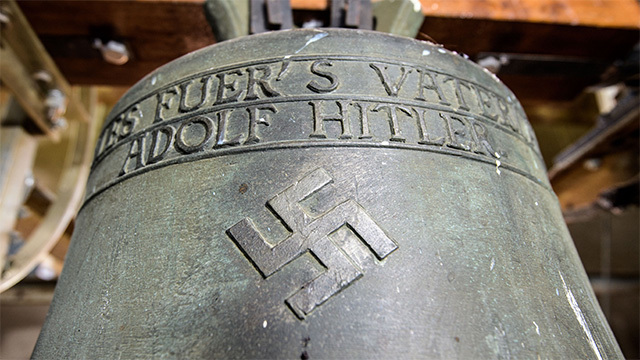 As flies to wanton boys, so is liturgy to the Church of England. For the last three decades, liturgical fidgets have been monkeying around with the sacraments for their innovative sport of inclusion—our yuppies and “yoof” speak gangsta rap and not Elizabethan English, they argue, so let’s make our services inclusive!

Committees of liturgical busybodies paddling in shallow pools of pragmatism and therapy have dumbed down the Book of Common Prayer’s sonorous and sublime services to milksop, PC prayers, which sound as if they were written by a quango composed of Shami Chakrabarti, Alexandra Ocasio Cortez and Noddy.

Anglicans can live with this pulverisingly puerile pap. It’s not the unpardonable sin. But the Church of England’s liturgical meddlers have not stopped at watering down the sacramental gruel. Like the Witch of Endor summoning the ghost of Samuel, the House of Bishops have invited the Frankenstein of identity politics to preside over a new subversion of the sacraments.

First, they hijacked Holy Orders, a diabolically dextrous move, since ordination is not a sacrament for evangelicals and charismatics in the CofE. Only Anglo-Catholics and conservative evangelicals objected (for different reasons) and were checkmated by the feminists in Synodical War I for Women in Dog Collars and the Synodical War II for Women in Pointed Hats and Purple Blouses.

Next, they came for Holy Communion, inviting people persisting in pansexual sin to the Table of the Lord, using florid euphemisms like “Open Table” and “bigger Table.” St Paul’s teaching on a “closed” table “open” only to repentant sinners—a mandate steeped in Holy Scripture (1 Corinthians 11:27ff), the Catechumenate, Eastern Orthodoxy, the Book of Common Prayer and non-conformist churches from Baptist to Brethren, was trashed in the compactor of gay identity politics.

Now, like the Three Witches from Macbeth, they are wrapping their bony fingers around the Church’s jugular—the sacrament of baptism—and chanting their Shakespearean chorus of “Fair is foul, and foul is fair/Hover through the fog and filthy air.” If they can capture baptism, they’ve won the goostepathon of identity politics. Why? Because baptism is the sacrament of identity.

Martin Luther, when fighting off bouts of depression, was heard to shout, “I have been baptized!” Luther was declaring his new identity, as a new person, under the dominion of a new Lord, as part of a new body of Christ, and so no longer subject to the old bailiffs of Satan, sin and death (and depression, in his case).

Guess who was the first to play dirty tricks with the sacraments? The Nazis. They re-wrote liturgy and introduced new understandings of the sacraments. They bastardised baptism and communion to play racial identity politics. Baptism and Eucharist were weaponised to authenticate a fictional biological and racial Aryan identity and homogeneity of German blood.

Writes Doris L. Bergen in her research, Twisted Cross: The German Christian Movement in the Third Reich: “German Christians recognised baptism, the symbol and proclamation of church membership, as a pivotal point for imposing their racial policy on the Christian community.”

First, Hitler’s definition of Aryan depended on it, or at least on whether your grandparents had been baptised. Under the Third Reich, “every German carried with them a document that had to be on their person at all times. It was not a driver’s license, not a passport, not even proof of citizenship but a record of their racial heritage as attested to by their pastors and their baptismal certificates,” says Steve Martin in the documentary Storm Troopers of Christ: The Jews and Baptism in Nazi Germany.

Without the cooperation of churches, “whose officials recorded baptisms, issued baptismal certificates, and provided proof that relatives and ancestors had been baptised, it would have been impossible to enforce any distinction between Aryan and non-Aryan Germans,” observes Bergen. She writes about a German Christian who, in 1933, abandoned a “promising career” in a “Jewish bank” to study theology. As a pastor in the Third Reich, he believed he could promote the “two pillars” on which German identity rested: “blood and baptism.”

Second, public statements by German church leaders stressed that baptism could not bring a non-Aryan into the German church. “The baptised Jew does not belong, nor for that matter do the baptised Chinese and Negro,” declared German Christian chronicler Friedrich Wieneke. A signboard in Westphalia summed up the Reich’s theology of baptism: “Baptism may be quite useful, but it does not straighten a nose” (Die Taufe mag ganz nützlich sein, Doch glattet sie kein Nasenbein).

Third, German Christian leaders reinterpreted baptism as a celebration of the unity of blood and an initiation into the community of the Volkbaptised and the worldview of the Führer. Baptism did not bring the infant into a church defined by a confession of faith, a pastor explained, but expressed the community’s “belief in the law of blood and in the race” and the parents’ pledge to “raise this child in German discipline and customs and in positive Christianity.” Hitler used the term in article 24[a] of the 1920 Nazi Party Platform, stating: “the Party represents the standpoint of Positive Christianity.”

Holy Communion was also similarly subverted along the lines of racial identity politics. The elements were reinterpreted, with the bread symbolising “the body of the earth that, firm and strong, remains true to the German soil,” as one pastor told his church. The wine he called “the blood of the earth,” representing “loyalty unto blood” and total dedication to the Volk. A pastor in Stuttgart suggested replacing the bread and wine with a communal stew meal on certain Sundays.

Baptism also reminded parents that their children belonged to the German Volk, not to God or to the parents. Lebensborn children, born out of forced sexual liaisons with SS officers, were baptised in an SS ceremony where their adoptive parents swore that the child would have a lifelong allegiance to Nazi beliefs.

Fourth, German liturgists energetically wrote material for new services, edited Bibles, revised hymn-books, altered liturgies, and changed the church calendar. There were proposals for new ceremonies such as a celebration of the solstice that combined songs about comrades, torches, and Germany’s future with readings from Goethe, 1 Corinthians, and German Christian poets.

Bergen draws attention to the “feel-good” and “therapeutic” dimension of these liturgies where theological content and traditional doctrines were replaced by the emotional expression of services. “Worship services” (Gottesdienste) were renamed “divine celebrations” (Gottesfeiern) to highlight this innovation.

A key aim of these liturgies was the creation of the new identity ofGemeinschaft (community) among the Volk. “The fact that Nazis were able to recycle already-existing aspects of church services in the service of their ideology should disturb us all,” notes Stephen Waldron.

The fact that the House of Bishops is able to recycle the already-existing rite of Affirmation of Baptismal Faith to mark transgender transitioning in the service of the identity politics of gender should disturb us all.

To subvert the central sacrament of Christian identity and to distort beyond description what it means to be live a new life “in Christ” (used over 150 times in the Pauline epistles) is, at worst, to replicate the blasphemous experiment of the Reich church by endorsing a increasingly totalitarian transgender ideology or, at best, to sanctify the mental illness of gender dysphoria or the gender fraud and fiction of “transitioning” from one gender to the other.

Hitler sought to create an impossible symbiosis between the “cross” and the “swastika.” It is not insignificant that “cross” in German isKreuz, while the German word for “swastika” is Hakenkreuz—a cross with a hook or peg. The bastardisation of the rite of baptismal affirmation to affirm gender transitioning is the Church of England’sHakenkreuz, or, to coin a neologism, Hakentaufe—baptism with a peg—a grotesquely twisted peg on which to hang the ideology of transgenderism.