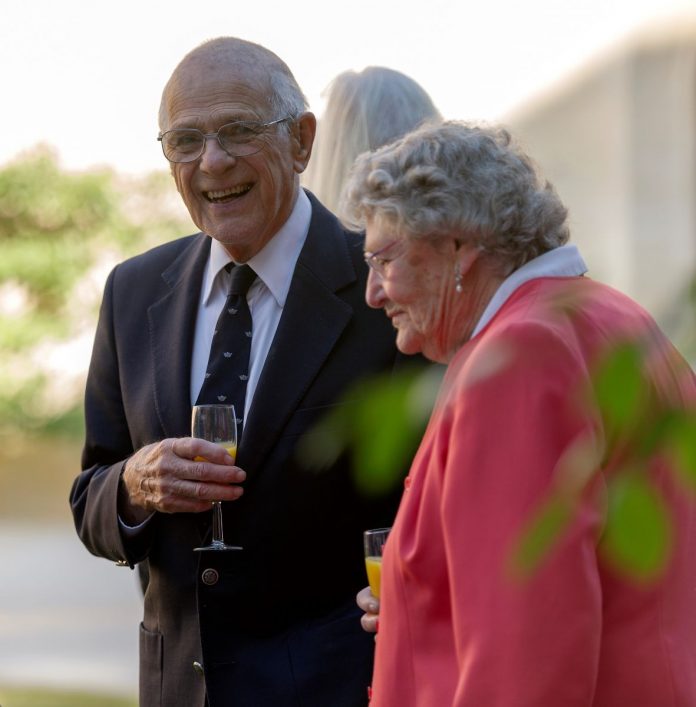 It is with great sadness that I pass on the news that Michael Green went to be with the Lord yesterday Wednesday 6th February at around 3pm at the John Radcliffe Hospital in Oxford.

His passing was peaceful and he was surrounded by Rosemary and his immediate family (including Tim who’d just managed to get there from SE Asia).

As we grieve with hope (1 Thess 4:13) we give thanks to the Lord for the privilege of being associated with such an amazing man of God and for his incredible legacy.

I’ve just spoken to Rosemary on the phone and prayed with her and she is feeling at peace and grateful for the many messages of support and love that she has received from around the world.

Details of the funeral/memorial service will be released in due course but for now lets continue to hold Rosemary and the immediate family in our prayers.

With love in Christ

Yesterday we woke up to the news that the church has lost one of its finest generals.

Michael Green was one the greatest evangelists this nation has ever produced and his long and faithful ministry is the cause for many to pause in profound gratitude.

I was engaged in evangelistic open air preaching and when I had concluded was promptly faced by the diminutive Michael Green who stated: “You’re a natural….” followed by a series of unsolicited (but very welcome) tips as to how I could up my game.

This began a friendship which has spanned a quarter of a century. I wouldn’t be doing the job I am today without the example he set as a scholar-evangelist and his persistent encouragement to me as a mentor.

Other missions on teams he led followed (including one on which I had my first date with my wife!) and numerous meetings at his house in Old Marston or my room at Wycliffe. When I was the main missioner of a university mission for the first time (OICCU 2001), there was Michael on the front row taking notes to give me feedback (again unsolicited but most welcome). Amongst his feedback he wrote: “You did better than I could have done” which was absurd (and untrue) but typical of his humility and tenacious exhortation of younger emerging evangelists.

He loved life, was genuinely interested in people and had an infectious joy and enthusiasm which transcended barriers of age, race and class- young people in particular adored him.

When I was Chaplain of Pembroke College, Oxford I Invited him to preach at Evensong.  After formal hall at high table he was in his element at a “grill the preacher” event over port. The final event of the evening was ‘Agnostics Anonymous’  and I watched with admiration (from behind the college bar where I was serving drinks!) as he held skeptical undergraduates spellbound with his anointed oratory.

His last public ministry was on 21st January when I asked him to lecture on ‘Evangelism through the Local Church’ on the second year mission module at Wycliffe. I will never forget him sitting on a desk in characteristic pose dispensing wisdom as the national treasure he had become.

“It’s not ideas you need-it’s motivation” so said the elder statesman whose entire life has been motivated by the love of God to see others enter into that joy.

We thank the Lord for the life & legacy of this good and godly man.