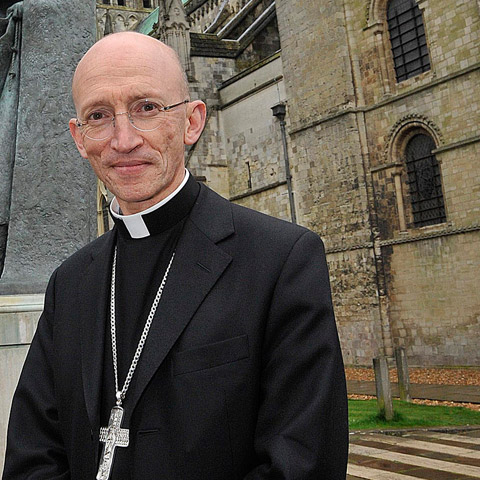 In an unexpected turn of events, Martin Warner, Bishop of Chichester, refused to unequivocally exonerate Bishop George Bell of allegations of child abuse, while addressing the Rebuilding Bridges Conference in Chichester. “We are not able to speak with any certainty in any direction,” Bishop Warner told a shocked audience on Monday.

Warner apologised for the “shortcomings” of the process, recognised the “hurt and damage” to Bell’s family and his supporters and “put on the public record” the Church of England’s failures in the original investigation. However, he defiantly resisted calls to clear Bell of the first set of allegations, claiming that “the quest for certainty has been defeated by the passage of time.”

Maintaining that the Church of England’s internal investigation led by senior ecclesiastical lawyer Timothy Briden had cleared Bishop Bell only of the second set of allegations, the recent Briden report “made no statement about the original allegations,” Warner said.

“Bishop Bell cannot be proven guilty. We ask those who hold opposing views to recognise the strength of commitment to justice,” Warner added. “Lord Carlile’s report opened up new areas revealing failures from the past. The phrase I used is that ‘we are not able to speak with any certainty in any direction,’” Warner insisted.

The audience responded by heckling Warner and shouting: “That’s not right, that’s unacceptable.”

Voices from the audience reminded Warner that the Briden report did not deal with the original allegations against Bell made by an unidentified woman known only as “Carol” only because the Church of England had set specific terms of reference, explicitly excluding “Carol” from its internal investigation.

Moreover, Lord Carlile, in his earlier investigation had concluded that the case would not have gone to court, let alone found Bishop Bell guilty. “Salisbury Cathedral celebrated the Magna Carta, but we undermined it,” the same member said, noting that the Established Church was contradicting the position of prominent legal figures.

Another conference member challenged Warner regarding “Carol’s” allegations, which he said had to be balanced against the principle that everyone is innocent until proven guilty. “Bishop Bell is innocent—most here are troubled because the idea of innocence until proven guilty touches everyone. We are defending a tradition here,” he added.

Bishop Gavin Ashenden, one of the speakers at the conference, explained how “the terms of references stopped Lord Carlile saying Bishop Bell was innocent” as “the scales were weighted against Bishop Bell from the start.”

“Those terms of reference were imposed on Lord Carlile and Briden. Lord Carlile speaks up quite clearly saying that Bishop Bell was innocent. Why were the terms of reference not allowed to examine the cogency of Carol’s claim?” Ashenden asked, noting the “non-apology” of Justin Welby, Archbishop of Canterbury, and Welby’s reluctance “to accept the truth.”

Drawing a comparison with the political situation in Germany in the 1930s, which Bell resisted, Ashenden warned that in a context where freedom of speech was increasingly restricted and presumption of innocence dangerously undermined, the tools of a new totalitarianism were in danger of re-emerging.

Earlier today Ashenden told the media: “Lord Carlile’s insistence that the Church should clear Bell’s name has been refused by Archbishop Welby and Bishop Warner of Chichester. Consequently a growing number of public figures are looking to initiate the Clergy Disciplinary Measure against both Archbishop Welby and Bishop Warner for failing to act with the highest standards of integrity that their office requires.”

Rebel Priest media has contacted Bishop Warner asking if he would be willing to, once for all, put on record his statement declaring without any qualification the innocence of Bishop George Bell and uphold the ancient judicial principle of “innocent until proven guilty.” The Bishop of Chichester’s office has not responded.

Editor’s note: Bishop Martin Warner’s office has responded to Rebel Priest’s media request: “As of this time + Martin has nothing further to add to what he outlined on Monday at the conference.”