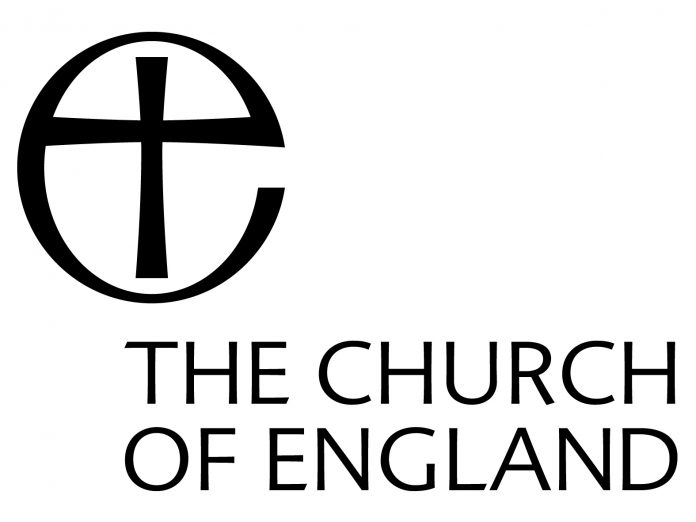 At its last meeting, the National Safeguarding Panel discussed the development of the National Redress Scheme. The Panel previously scrutinised proposals for the scheme in July 2020.

The briefing paper to the Panel included responses to previous recommendations. These are set out with the recommendation in italics and the response immediately below.

Engaging stakeholders particularly victims and survivors in the development of the scheme.

A working group of survivors has been established which is integral to the project to develop the scheme.

Individual assessment of needs of applicants to achieve a fair resolution with a victim-centred approach and drawing on the principles of restorative justice.

The project is currently in the process of drafting the service specification for the tender for the scheme. A key requirements will be experience in working with abuse cases and survivors of abuse. Redress will be split into financial and non-financial. Discussions are still underway regarding what might be included within the non-financial element. For example this would be therapies, or a meeting with clergy or similar. Non-financial redress will therefore be tailored to individual need. Advocacy will also be a core feature of the scheme.

The Church should understand that their duties to provide funding for the immediate support needs of local victims continue and are not replaced by the Redress Scheme.

The project team is working with colleagues on implementing the ‘Responding Well’ guidance to ensure the Church continues to work to this principle.

An independently administered scheme with clear input and ownership from the Church.

The project is currently drafting the Invitation to Tender documentation to procure an independent, third-party law firm, with experience in abuse law and working with survivors of abuse. This will ensure a significant level of independence, particularly in terms of decision-making. The Church will manage the contract and will own the management of payments and ensure the non-financial redress elements are carried out.

Involvement of Diocesan Safeguarding Advisory Panels (DSAPs) in overseeing the response to survivors including the local support to survivors and access to the national redress scheme.

DSAPs and other stakeholder groups will be individually engaged in a tailored way at a future stage of the scheme’s development.

Robust governance and oversight of the Redress Scheme

It is proposed that this is managed through the contract.  Consideration is being given to Service Level Agreements and Key Performance Indicators.

The Panel noted that a Stakeholder Engagement Manager has recently been employed. We were keen to hear about this work and the challenges within the project.

Vicki Levick responded that the Stakeholder Engagement Manager is having initial conversations with individuals and groups. The priority groups are survivors and dioceses.  Simon Stanley added that governance arrangements for the scheme when it is operational have not yet been decided. The Redress Scheme will remain within the governance oversight of the Archbishops Council, will be managed by the NST and delivered by a third party legal firm.  The project team are expecting many applications. The scheme is complex as it is a national scheme. It was noted that the Australian Royal Commission took three years to set up a redress scheme and it had a smaller scope.

Engagement with victims and survivors

The Panel asked how the effectiveness of the Victim and Survivor Working Group is being assessed?

Simon Stanley responded that it is not being formally measured, but the views of survivors are central to the development of the scheme and he is confident that the working group feel comfortable to raise their views.

The Panel asked whether given the lack of confidence that a number of victims and survivors have in the Church, would non-financial redress be better delivered in cooperation with another organisation experienced in restorative justice practices?

Simon Stanley responded that the project team and board recognise that the final scheme will need to deal with more than payments. Bespoke apologies, therapeutic support and a truth commission are being looked into as possibilities. The intention is to provide non-financial redress in as many forms as possible.  The project team have not directly addressed the question of whether non-financial redress would be better delivered via an independent organisation. They would not rule it out. It may require more discussion  with dioceses.

Panel members suggested that giving survivors as many options as possible would be preferable. Some survivors may want to seek their own therapy, restorative practice or advocates. A published list of trained independent advocates from which survivors could choose would be beneficial.

The final IICSA report highlighted the damage of a defensive culture that seeks to protect the reputations of institutions. The Panel asked what is being done to address this in the redress project workstreams?

Simon Stanley stated that survivors are kept at the heart of the project. The working group has seven survivors on it and all bring different skills. Two are members of the Project Board and two more are members of the Communications Panel. There is a further procurement group where two survivors are working with the team to develop the specification for the tender to make sure that the scheme is as user friendly as possible.

The Panel asked whether a nationally coordinated redress scheme is realistic in practice given the disparate nature of the Church of England, noting that the project will have researched other schemes, nationally and internationally.

Simon Stanley stated that there is not much that can be learnt from other national schemes as they relate to very different structures and contexts. The Church of England is a uniquely structured organisation and the majority of national schemes focus on residential institutions. Vicki Levick added that the project team had found other schemes to be different without particular lessons for the Church of England

Panel members asked for details of financing of the Scheme.

Simon Stanley responded that the principle is that responsibility for abuse should be accepted and paid as close as possible to where the abuse occurred. The project board see this as the moral way to run the scheme as it leads to accountability. If the Church Commissioners met all redress payments this would not address concerns in the wider church nor encourage improvements in practice. This will require a significant amount of diocesan engagement. The project team is in the process of setting up a financial focus group, which is intended to help navigate these issues of subsidiarity.

The Panel asked what work is being done to scope the cost of administering and running the scheme including contract management, oversight, and additional staff?

Different funding streams are being identified. Administration and management of the scheme will be funded by the Church Commissioners. It is not yet fully possible to determine how much it will cost to administer claims as this will depend on the model that is adopted.

Concerns were raised by Panel members that  there may be companies that offer their services to survivors for a cut of their award, which has happened with other schemes. Simon Stanley responded that this is being considered within the Invitation To Tender and a clear, simple and supportive application process will be developed so that survivors will be able to claim their full award.

The Panel asked what standard of proof will be acceptable for eligibility for the scheme.

Simon Stanley responded that the scheme intends to use civil proof of on the balance of probabilities.

In response to a question, Simon Stanley responded that the scheme has not specifically looked at online abuse but it would be within scope if it occurred within a church setting. Abuse is abuse and it would not be excluded.

The Panel asked what quality assurance and evaluation measures are being proposed to assess the quality of the scheme’s outcomes. Simon Stanley responded that this work has not yet been completed but it is being scoped. There is a subcommittee with survivors and the Director of Procurement which is developing Key Performance Indicators and Service Level Agreements. This will be used for the Invitation to Tender. A Panel member stated that it will be important to evaluate the whole experience for survivors and not just the end point.

The Panel were keen to understand what would be consider the hallmarks of an effective scheme.

Vicki Levick responded that the key themes identified were being restorative, healing and just. The scheme will be measured against these themes.

The Panel asked how the scheme will interface with other public schemes and support offered to victims as citizens?

Simon Stanley stated that the project team has not completed work on this element yet. This will depend on how non-financial redress is developed. The Church is not qualified to provide advice and social welfare support. Examples from local authority schemes, such as Islington, are not necessarily applicable as councils have access to wider support services. It is not considered to be a good idea for the Church to attempt to provide social support, but local arrangements should be in place to refer applicants to appropriate local support. A Panel member highlighted that support should take account of the needs of survivors. Some may prefer to access support away from where they live to protect their anonymity.

The Panel asked what is the proposed transition process from the Interim Support Scheme to the Redress Scheme?

The Panel came to the following conclusions and recommendations.

5. The role and contributions of victims and survivors in the governance of the Scheme should be further developed and shared with the Panel.

6.  Whilst recognising the need for Church ownership and engagement with nonfinancial redress, the Panel would encourage further thinking on the engagement of organisations outside the Church with experience of restorative justice processes, particularly in a facilitation role.

7.  Resourcing of non-financial redress should be clearly accounted for in the costings of the Scheme.

9. The Panel endorses the approach to the delineation of costs into project costs, financial and non-financial redress costs, and administrative costs and asks to be kept informed of the detail.

10. The Panel notes the development of the Key Performance Indicators and Service Level Agreements. The Panel would like an opportunity to contribute to this work possibly through an online consultation discussion.

11. The Panel are keen to understand how the Scheme will relate to the Clergy Conduct Measure and other processes and would welcome updates.

13. The timescales for the delivery of the Scheme should be established and communicated to all stakeholders. Clarity should also be provided on expected duration of the Redress Scheme. The Panel considers that there will continue to be a need beyond 5 years.