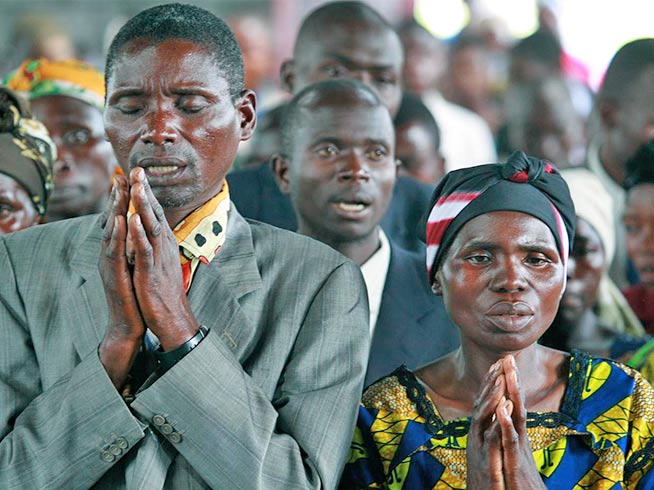 Tensions arose on the sidelines of a protest called “Dead City” held in Goma today, September 26, called by civil society organizations in North Kivu. The protests included demands for the liberation of the village of Bunangana, which is currently controlled by the M23 rebel group, and for an end to the state of emergency and the withdrawal of MONUSCO (UN mission in the Democratic Republic of the Congo).

Most schools, shops and markets have remained closed, little public transport is operational and the few students who have attempted to go to school have been forced to return home.

The population is demanding an end to the state of emergency imposed on May 6, 2021 in the three eastern provinces of the Democratic Republic of the Congo (see Fides, 7/5/2021) to fight against the armed groups that sow death and destruction in the three areas. The fate of the village of Bunagana, which has been in the hands of the M23 guerrilla movement for around 100 days, has prompted the local population to call for decisive intervention by the Congolese armed forces. At the same time, the withdrawal of the MONUSCO units is requested, which, according to the population, are not able to guarantee security.

The “resurgence” of the M23, a guerrilla group that actually laid down its arms in 2013, and increasing violence in North Kivu are also leading to conflicts between the Democratic Republic of the Congo and Rwanda. The government in Kinshasa has accused the Rwandan government of financing the M23 fighters and of smuggling its own soldiers into the country under the guise of the guerrilla fighters. Congolese President Felix Tshisekedi also made the same allegations at the United Nations General Assembly, according to which Rwanda was responsible for the “direct” military “aggression” and “occupation” of eastern DRC, by allegedly supporting the armed rebellion of the M23 by the Kigali government.

According to the UN Office for the Coordination of Humanitarian Affairs (OCHA), between June and September, more than 250,000 internally displaced people were forced to flee violence by armed groups in several areas in north-eastern DRC.