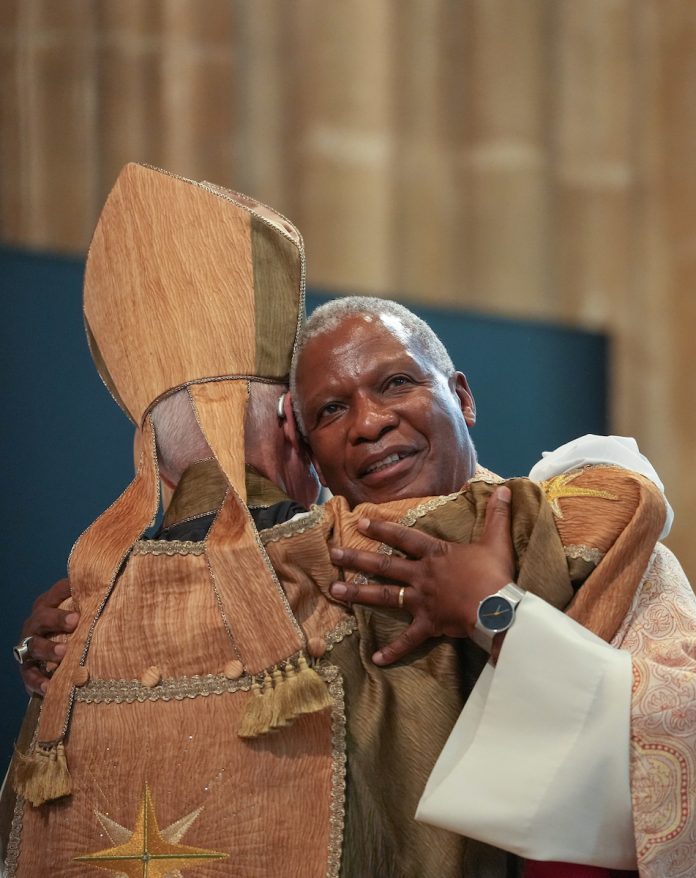 As announced to the Diocese of Cape Town back in May, I finally managed to take my sabbatical leave from June 1. Lungi and I travelled a little, mainly to my ancestral home of Makgoba’s Kloof in Limpopo but also to see the Passion Play in Oberammergau, which had been delayed by Covid. However, I did interrupt the sabbatical a number of times to undertake important commitments, such as taking part in the Lambeth Conference and also helping to consecrate bishops in the new Province of Mozambique and Angola, and – in our own Province – of Bishop Patrick Djuulume of Namibia.

I return to my office distressed to see that President Cyril Ramaphosa is still failing to play open cards with the country about the money allegedly stolen from his farm in June. As we said in a statement I approved during my sabbatical, the public is owed quick and clear answers on whether he kept foreign currency in contravention of Reserve Bank regulations, and whether tax has been paid on sales from his farm. There cannot be one law for the rich and well-connected, and another for the rest of us. Overall, the quality of our political leadership at present leaves a lot to be desired, also illustrated by the leader of the Democratic Alliance using disgraceful language about his ex-wife in the public space. It is crucial that our leaders enjoy credibility, and in the event of a serious crisis occurring, it is very worrying to contemplate the possibility that people will have lost so much respect for them that they will refuse to listen.

But back to Lambeth. As was to be expected, the media devoted most of their attention to the divisions in the Communion over human sexuality, and in particular over whether to bless same-sex unions, marry same-sex couples or ordain members of LGBTQIA+ communities. The Conference did not change our 1998 resolution that marriage is a commitment to be entered into only by a man and a woman. But we acknowledged the chasms within the Communion and in sum the Provinces have to go back to the drawing board to hear the varied voices and to debate the matter with a view to arriving at what God might be saying through the Holy Spirit to the churches of the Communion.

However, there were also much more positive – and exciting – initiatives, such when we launched The Communion Forest. This is a worldwide environmental initiative in which Anglicans around the Communion will choose projects most suited to where they live to protect and enhance their environments. Depending on where you are, you might choose to plant trees, re-establish grasslands, help create wetlands or restore coastlines. As Archbishop Justin Welby of Canterbury said, it could become the “most widespread and diverse” environmental project in the world.

We also set up for the first time an Anglican Communion Science Commission, which will help equip the church to think and talk intelligently about science and technology, enabling us to play our full part in addressing such crises as climate change, extinction, disease, the abuse of new technologies and the misuse of artificial intelligence. My first university degree having been in the sciences, I am particularly pleased about this initiative, and I will co-chair the commission with Bishop Steven Croft of Oxford. Our Province will be represented on the commission by Bishop Luke Pretorius of the Diocese of St Mark the Evangelist.

Unique to this Lambeth Conference were a set of “Lambeth Calls”, the final texts of which we will publish online when they become available. The conference also adopted a series of “Statements of Support” which addressed the suffering and challenges which people in different parts of the world are undergoing.

In Africa, they dealt with the situations in Nigeria, Sudan, South Sudan, the Democratic Republic of Congo and Tanzania. Especially relevant for us is that on refugees and migrants, which reaffirmed the commitment of Anglicans to “the treatment of refugees and migrants as made in the image of God and therefore deserving of equal dignity and respect.” Full details here >>

One of the statements, on Israel and Palestine, will be relevant to our discussions at this year’s meeting of Provincial Standing Committee, since it endorses the concept of a “two-state solution” to the ongoing conflict in that part of God’s world. The statement comes at a time when many people believe such a solution is no longer viable in practice.

PSC will also consider an important report on discrimination at church schools. As I told our Cape Town schools recently, I urge anyone concerned with the future of Anglican education to read it, because it offers real hope that together we can protect our children from experiencing what the task force describes as “acts of intentional or careless discrimination, or systematic marginalisation of individuals or their identity.”

Please pray for PSC, which meets from September 28 to 30. Please also pray for a visit in November by Archbishop Justin Welby and the Lambeth Design Team. We plan to arrange a service in St George’s Cathedral in Cape Town during the visit, more details of which will be announced later.