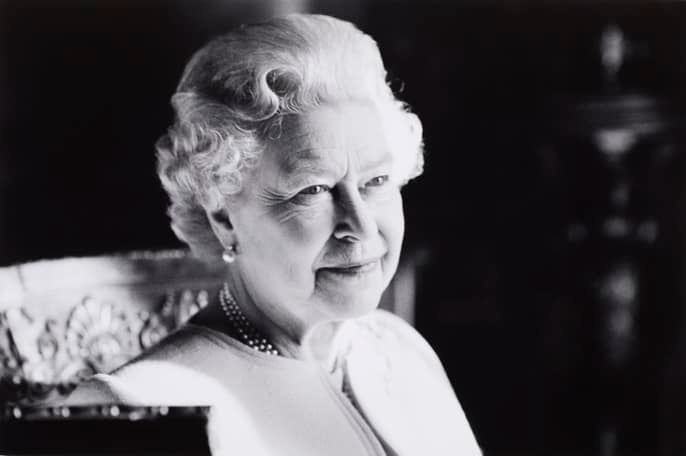 “Precious in the sight of the Lord

The Queen is dead. God save the King

I went to sleep last night having heard the breaking news that the Queen’s family were rushing to Balmoral and with Doctors concerned for her. I woke at 3:35am and checked my Twitter feed, and I watched the world hear the announcement that the Queen has died. This is one of those rare moments in life that one doesn’t forget. I spoke with my children this morning and told them, this is a history defining day.

With her death, there is a tangible sense of loss and grief. I am sad today. I never had the privilege of knowing her or meeting her. I once saw her for a few seconds in Australia as she drove by, and yet like many millions around the world, we sense that the world is a poorer place today with her passing.

Like most people, I have known only one monarch during my life and so it is hard to fathom a world without Her Majesty Queen Elizabeth. She was our head of State. Her image is printed on all Australian currency. Her name was never far from the news. The Queen of the United Kingdom and the Commonwealth became a grandmother figure to leaders across the globe, giving stability and assurance to a rapidly changing and uncertain world.

Queen Elizabeth II ascended the throne during the post-war years, and she reigned through the revolutionary 60s, the rise of pop culture, man on the moon, the fall of the Soviet Union, the creation of the internet,  9/11, the smartphone, Brexit, and countless crises and peaks. Her Majesty served her country and the Commonwealth with unparalleled grace, repose, sincerity and love. The Queen had the remarkable fortitude to stand above the heat of political maneuverings and culture wars. Even through family tragedies and sadness, our Queen did not flinch from her promise to love and serve her people.

In part due to her long reign, and much because of her dignity and servant nature, Queen Elizabeth stands as perhaps the most important world figure of the last 70 years. Her first Prime Minister was Winston Churchill, arguably the most important man of the first half of the 20th Century. It does not require much argument to see Her Majesty as the most emblematic and esteemed leader of the second half of the 20th Century and over these first decades of the 21st Century.

It is right to pause today and give thanks to God for her life. It is appropriate to take time to consider her passing and to mourn. The reason is not that her life has more value than any other. Thousands of people have died across the world today and Queen Elizabeth is but one of those lives. However, her position as our monarch, and the integrity and honour in which she has conducted her role, leaves not only an impression on the pages of history but perhaps brings a close to one of the final chapters of history.

Her reign oversaw the greatest momentum in human technological and economic advancement that history has ever witnessed, and the world through globalisation became much smaller. In recent times, especially over the last 5 years, we have begun to watch a disintegration of global homogeny and there is an infection eating our culture and splintering communities and families alike. While we have never been closer in proximity, waves of ideology is attacking the very notion of human identity and defying the imago dei, and nationalist ideals are rekindling and creating a world that is less safe for our children. The pieces are moving quickly and any notion of Francis Fukuyama’s vision is proven to be little more than hubris and misplaced self-belief.

I will pray for the Queen’s family today, and pray for King Charles III. The Scriptures command Christians, “petitions, prayers, intercession and thanksgiving be made for all people— for kings and all those in authority, that we may live peaceful and quiet lives in all godliness and holiness”, and so that is what I will do.

The greatest contribution offered to the world by Queen Elizabeth was her faith in the Lord Jesus Christ, in whom she believed and placed her ultimate hope. Last year in her annual Christmas speech, the Queen shared her trust in the Lord Jesus. She said,

“Jesus teachings have been the bedrock of my faith”.

And she concluded by pointing us to her hope,

“His birth marked a new beginning. As the carol says: The hopes and fears of all the years are met in Thee tonight”

A monarch who bows the knee to Jesus as Lord, encapsulates the posture and foresight to rule and be an example for people to follow.

The Queen is dead. Elizabeth lives.

Queen Elizabeth ascended to the throne during a time of dawning hope and mounting optimism following half a century of global bloodshed. She leaves the earth with the light of hope in human determination growing dim over the world, but the light she saw in God’s gospel of grace remains bright and clear and now our Queen is meeting the King of Kings and enjoying his presence forevemore.

“Sovereign Lord, as you have promised,

you may now dismiss your servant in peace.

For my eyes have seen your salvation,

which you have prepared in the sight of all nations:

a light for revelation to the Gentiles,