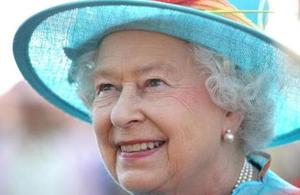 I join with many throughout our country and beyond as we mourn the death of Her Majesty The Queen. Throughout her long reign, and in all the confusions and challenges of a changing world, Her Majesty has been a constant, faithful presence.

In 2014, Her Majesty remarked, “Christ’s example has taught me to seek, to respect and value all people of whatever faith or none. ”The Queen’s gift to engage with everyone whom she met and the ability to make them feel at ease was a remarkable skill and one which showed a deep connection to the people she served and a desire to live out Jesus’ teaching. On the occasions I had the pleasure of meeting Her Majesty, I can testify to the warmth and joy she brought to every occasion. But most of all, it was the resolute reality of her faith that struck me powerfully.

In Her Majesty’s first Christmas broadcast, ahead of her Coronation she asked the nation, whatever their religion, to pray that God would give her wisdom and strength to carry out the solemn promise she would be making and to faithfully serve God and us all the days of her life.

That is most definitely a prayer that has been answered. Her service to our nation and Commonwealth has been exemplified by her devotion to her duty, which has always been offered with joy. Underpinning this has been her deep faith in God and in her we have witnessed God’s faithfulness at work.

Her Majesty leaves a remarkable legacy which not only lives on in this country, but stretches across the Commonwealth and the rest of the world. Her desire to bring people together and use her role to build up communities and wider society has been a cornerstone of her reign.

Do join me in praying for members of the Royal Family over the coming weeks as the God who sustained Her Majesty throughout her life, guides them and brings them comfort. Above all, we pray also for our new King in the responsibilities that now rest upon him.

The Queen was not shy in speaking of her faith and the hope and strength she found in Jesus Christ. At the heart of the good news of God is that through the death and resurrection of his son Jesus, the promise of new and eternal life is offered to us all. This belief, this hope, sustained our Queen and as she rejoices in that promise fulfilled so we too can draw comfort and hope from it.

Many of us will struggle to imagine the life of our nation without the Queen. Her constancy and faithfulness has been deeply reassuring in a world that has changed so much. We give thanks for the Queen’s example, devotion and huge achievements. She found stability, perseverance and confidence in Jesus Christ who was the source of her hope and peace. May that also be true for each of us and for our nation; and may our dearly departed Queen rest in peace and rise in glory.

The Most Reverend Stephen Cottrell