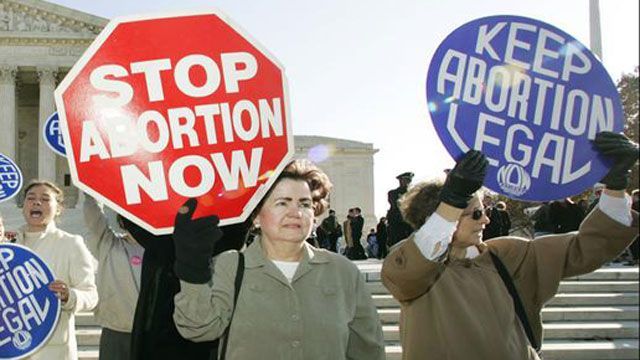 The Episcopal Church’s House of Bishops has rejected a resolution condemning crisis pregnancy centers, but has affirmed the House of Deputies support for abortion on demand, without limits.

On the third legislative day, 10 July 2022, of the 80th General Convention meeting in Baltimore, the House of Bishops considered two resolutions adopted by the House of Deputies that touched upon abortion.

On 8 July 2022, the House of Deputies adopted Resolutions D076, “Addressing the Ongoing Harm of Crisis Pregnancy Centers” and D083 “Addressing the erosion of reproductive rights and autonomy”.

D076 called upon the General Convention to denounce the “work of Crisis Pregnancy Centers”. In the Explanation included with the text of the resolution, the proposers claimed:

“Our Church has regretfully been complicit in many horrific practices in the past with regards to unwed mothers and unplanned pregnancies. These include homes for unwed mothers run by The Episcopal Church in a number of dioceses, which often caused lasting harm for mothers and children who were subject to emotional abuse and forced adoption within those facilities.

“In the modern era, this practice has shifted to appear within the form of so-called “Crisis Pregnancy Centers” or “Pregnancy Resource Centers.” These centers often misrepresent themselves as medical centers, providing factually incorrect information to pregnant people about pregnancy, abortion, contraception, and fertility (Bryant et al 2014). These centers, in many cases, will offer ultrasounds to pregnant people, without proper and appropriate medical training, potentially delaying entry into prenatal care or obscuring the risk of ectopic pregnancy (Kimport et al 2018). In addition, these centers directly pressure pregnant people to carry unplanned pregnancies to term, using tactics such as stigmatization to force a shift in an individual’s plans for their pregnancies (Warren et al 2022). Crisis Pregnancy Centers often provide “free” resources (such as food, clothing, and necessary supplies) to struggling individuals, making those resources contingent upon the pregnant person carrying their pregnancy to term (Kimport 2020).

“Crisis Pregnancy Centers are a wolf in sheep’s clothing, purporting to be Christian centers offering love and acceptance to the needy but instead engaging in duplicitous practices to force individuals to carry unplanned pregnancies to term. The Episcopal Church should prayerfully consider the role of these Centers in the broader landscape of reproductive healthcare and repent from our past support.”

“Resolved, that the Episcopal Church reaffirms that parenthood “should be initiated only advisedly and in full accord with this understanding of the power to conceive and give birth which is bestowed by God” (1988-C047); and be it further;

“Resolved, that the Episcopal Church recognizes that access to abortion is a key element in preserving the health, independence, and autonomy of those who can bear children; and be it further;

“Resolved, that the 80th General Convention affirms that all Episcopalians should be able to access abortion services and birth control with no restriction on movement, autonomy, type, or timing; and be it further

“Resolved, that the 80th General Convention understands that the protection of religious liberty extends to all Episcopalians who may need or desire to access, to utilize, to aid others in the procurement of, or to offer abortion services.”

The committee on the dispatch of business placed both resolutions on the Consent Calendar, allowing them to be adopted without debate. Tennessee clergy delegate the Rev. Kristine Blaess had asked they be removed to allow debate, but the rules adopted for the shortened convention prevented this.

When the resolutions came to the House of Bishops, concerns were raised by the vast number of resolutions that were being adopted by consent calendar without the opportunity for reflection or debate.

The Rt. Rev. Michael Smith, provisional Bishop of Albany offered an amendment to D076 that commended pregnancy crisis centers for their work “which stress unconditional love and acceptance, for women and their unborn children.” His substitution also opposed and denounced “any efforts on the part of pregnancy care centers to mislead pregnant women about the safety of reproductive health care.”

The Rt. Rev. Mark Hollingsworth of Ohio spoke against the substitution noting that a third of crisis pregnancy centers were not medically licensed. He added the resolution had been put forward by a deputy from his diocese, and he lamented the document that could demonstrate the claims made in the resolution could not be shared with the bishops.

The Bishop of New Jersey stated that in committee hearings anecdotal evidence had been shared about historical experiences in church-run homes for unwed mothers. While the Bishop of Arizona shared an experience of having been assaulted and being taken to a Catholic hospital which did not perform abortions.

The Bishop of Michigan, the Rt Rev. Bonnie Perry, objected to Bishop Smith calling a child in the womb an unborn child. However the Rt. Rev. Anne Hodges-Copple, Bishop Suffragan of North Carolina, noted that in her past experience of having overseen a battered women’s shelter she had seen good and bad examples of crisis pregnancy centers.

Bishop Hodges-Copple added she believed this resolution was unhelpful.

“I’m expressing to you my fatigue at thinking that a resolution is going to help us do the things we need to do … As much as the Episcopal Church that I am a part of respects the agency of women in our own decisions about reproductive health and our entire health, I am not convinced that we also do everything we can do to support women who want to continue their pregnancies. And so, I really am concerned that we are once again going to have to push ourselves into boxes that are not really helping us help the women that we are trying to help.”

The bishop suffragan of Texas, the Rt. Rev. Kai Ryan added this was a “very complex issue,” and the resolution before the House was “needlessly broad,” in condemning “all pregnancy care centers. And it will not help us do the work that we need to do to support women to have access to health care.”

The Smith substitution failed, as did the resolution, which failed in a vote of 42 to 70.

The Rt Rev. Chip Stokes of New Jersey then introduced D083, which had arisen in response to the US Supreme Court’s deliberations on abortion. The movers wanted to “reaffirm this church’s complete stance in support of women who feel compelled to seek abortion.”

The Rt. Rev. John Bauerschmidt of Tennessee rose to speak against the resolution stating “society has an interest in regulating access to abortion, especially in view of the viability of the fetus. It seems to me also that it might be a faithful response of legislators and the voting public to include regulation of access. I also believe there is a great diversity in this church about the matter of no restriction.”

After no other bishop rose to speak, the Most Rev. Michael Curry put the matter to a voice vote. The voice vote did not give either side a clear majority, and it was put to a show of hands, where it passed by a close, but untallied, margin.