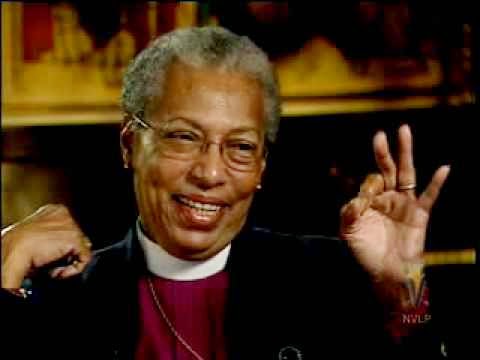 The Episcopal Church’s House of Bishops has adopted a resolution asking the church to add the date of the consecration of its first women bishop to the calendar of Lesser Feasts and Fasts. On 8 July 2022 in the afternoon session of the first legislative day of the 80th General Convention meeting in Baltimore, the House of Bishops took up resolution C023, which read:

That the 80th General Convention include and enter Barbara Clementine Harris, the first woman bishop in the Anglican Communion and an African-American, to the Calendar of the Church Year, to be celebrated on March 13.

Amendments were put forward by the bishops to expand the resolution calling for the church to “acknowledge the witness and ministry of the Rt. Rev. Barbara Clementine Harris and commend the continuation and expansion of local commemorations of her life and work,” as well as “prepare historical and biographical materials documenting the remarkable life, witness and work” of Bishop Harris.

Reservations about commemorating Bishop Harris were raised, as it was noted the Prayer Book, Liturgy & Music Committee had not recommended approval as it would conflict with the principles of calendar revision outlined in Resolution A010, which stated in part: “It should normatively be the case that a person be included in the Calendar only after two generations or fifty years have elapsed since that person’s death. The passage of time permits the testing and flowering of their Christian witness. In any case, no fewer than two General Conventions shall pass after the person’s death before any individual may be considered.”

The provisional Bishop of Albany, the Rt. Rev. Michael Smith offered a substitute that would mark the event of Bishop Harris’ consecration, not the person.  He noted the church calendar marked the ordination of the communion’s first woman priest, Florence Li-Tim-Oi and the consecration of the first American bishop, Samuel Seabury. These served as examples of commemorating the significance of the event, rather than the personal qualities of the person.

That this 80th General Convention of The Episcopal Church hereby directs the inclusion of the observance of the consecration of Bishop Barbara Clementine Harris, first woman bishop in the Anglican Communion in the Lesser Feasts & Fasts Calendar of The Episcopal Church, and authorize trial use of the proper for the triennial 2023-2024 to be observed on February 11; and be it further

Resolved, that this 80th General Convention approve the appropriate proper to be prepared by the Standing Commission on Liturgy and Music.

The bishops adopted the resolution on a voice vote. It now passes to the House of Deputies for action.