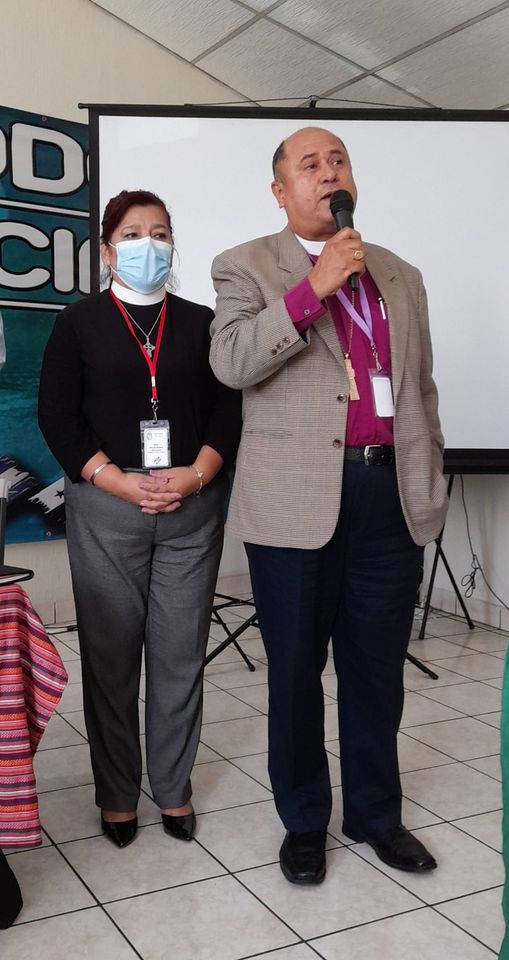 The Bishop of El Salvador, the Rt. Rev. Juan David Alvarado, has been elected Primate of the Anglican Church in Central America in succession to the Most Rev. Julio Murray, Bishop of Panama.

On 29 April 2022 delegates to the provincial synod meeting in Guatemala City elected Archbishop Alvarado (60) to a four year term of office. He was elected the second bishop of El Salvador in succession to the Rt. Rev. Martin Barahona on 23 Aug 2014 and was consecrated on 24 Jan 2015.

The Iglesia Anglicana de la Region Central America was formed in 1998 from five dioceses that had formerly belonged to the Episcopal Church of the USA: Costa Rica, El Salvador, Guatemala, Nicaragua and Panama. The province has approximately 35,000 members, while the diocese of El Salvador has approximately 18 congregations and 3000 members.

Archbishop Alvarado is married to the Rev. Rosa Irma Guerra Alvarado and the couple have two children.