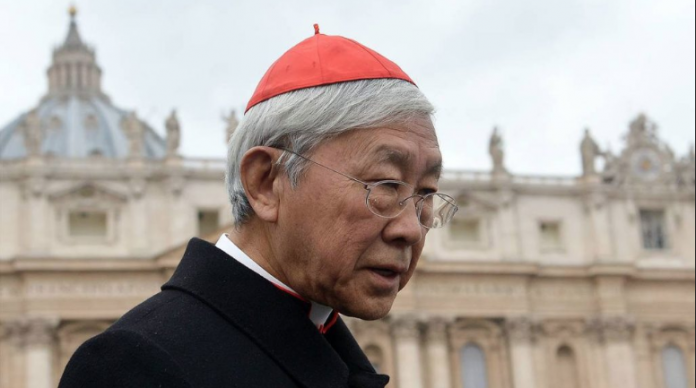 Ninety-year-old Cardinal Joseph Zen, who was the Bishop of the Diocese of Hong Kong from 2002 to 2009, was arrested on Wednesday by Hong Kong authorities.

The Cardinal has reportedly been released on bail, according to reports circulated via social media by local journalists who also posted photos of Cardinal Zen outside the Wan Chai police station.

As he left the police station around 11 PM Hong Kong time, the Cardinal reportedly got immediately into a car, without offering any comments.

The Cardinal was detained on Wednesday evening by the police section set up to monitor China’s national security.

According to local sources, he is currently being held at a police station for questioning. The Cardinal is charged with “collusion with foreign forces,” in connection with his role as administrator of the 612 Humanitarian Relief Fund, a fund that supported pro-democracy protesters in paying for the legal and medical expenses they faced.

“The Holy See has learned with concern the news of Cardinal Zen’s arrest and is following the evolution of the situation with extreme attention,” said the Director of the Holy See Press Office, Matteo Bruni, in response to journalists’ questions on Thursday afternoon.

Cardinal Zen was one of the trustees of the organisation, established in 2019 and dissolved in October last year.

In addition to the Cardinal, authorities also arrested other promoters of the fund, including well-known lawyer Margaret Ng, a former opposition MP; academic Hui Po-keung; and singer-songwriter Denise Ho. Their arrests were confirmed by Hong Kong legal sources.

Local media reported the arrest, saying that the law enforcement investigation focuses on alleged “collusion” by the 612 Fund with “foreign forces,” in violation of the national security law imposed by Beijing in June 2020.

The charge leveled against those arrested is one of four offences under the city’s National Security Act, designed to quash pro-democracy protests in Hong Kong. The new law has been internationally condemned. The other offences listed in the act – subversion, secession and terrorism – can carry sentences of up to life imprisonment.

Already in recent months, several Hong Kong media outlets have accused Cardinal Zen of inciting students in 2019 to revolt against a series of government measures. In the past, Cardinal Zen has also criticized the Chinese Communist Party for allegedly persecuting religious communities.