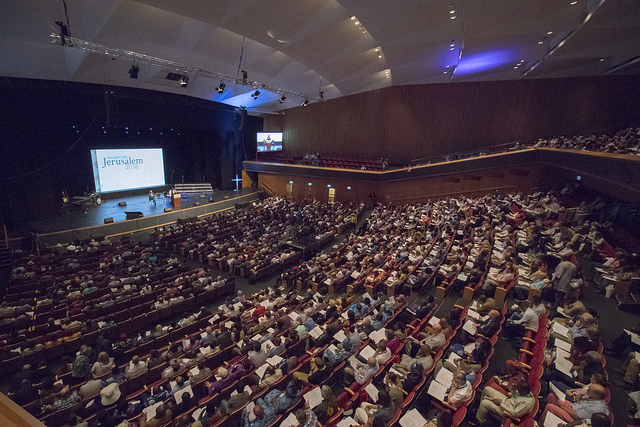 After two meetings in Jerusalem in 2008 and 2018, and one in Nairobi in 2013, the organisers of the five-yearly Global Anglican Future Conference have decided that the 2023 meeting will be held in Kigali, Rwanda.

The conference has been a landmark in international Anglicanism. The first meeting in Jerusalem drew bishops, clergy and laity from around the world and the Jerusalem Declaration formulated there has since become a key document for the movement that has followed.

“The Anglican Church of Rwanda is looking forward to hosting GAFCON IV in May of 2023,” said Archbishop Laurent Mbanda, the Primate of Rwanda and vice chairman of the GAFCON Primates Council.

“We will be welcoming Anglican archbishops, bishops and their spouses, and laity, from around the world.”

The church of Rwanda was a missionary endeavour from the start. Two missionary doctors of Church Missionary Society (CMS), Arthur Stanley Smith and Leonard Sharp, started mission trips to Rwanda in 1914. The first converts in the church were baptised in 1926.

The Rwandan Anglican Church has recently started the Karongi missionary diocese under the supervision of Bishop Jean Pierre Methode Rukundo, who is part of the GAFCON church planting network. The Sydney Diocese also partners with Rwanda’s Shyira Diocese in the Egg-a-Day project. As well as providing an egg a day to each preschooler, the Anglican Aid project addresses basic health education for young children.

GAFCON III in Jerusalem four years ago was the largest gathering of Anglican clergy and laity for decades, and given the large influx of people expected in Kigali for GAFCON 2023, preparations are well underway.

“The Anglican Communion is diminishing in numbers as it moves further and further away from God’s word,” Canon Willis told Southern Cross. “GAFCON, focused on proclaiming the gospel and bringing glory to the Lord Jesus, is seeing growth and renewal in many places around the world.

“[At] Jerusalem 2008, those gathered recognised that the movement was a gift of God to the Anglican Communion. All our endeavours flow out of the Bible’s call to take the gospel of Jesus Christ to the nations.”

He says an international team of volunteers is preparing for 3000 delegates to meet in Kigali from April 16-23 next year. “While the conference will address many topics, obedience to the faith once delivered remains foundational to all we do,” Canon Willis said.

In the meantime, GAFCON Australia is planning its own Canberra conference in August. Chaired by the Bishop of Tasmania, Richard Condie, GAFCON Australia had planned to meet in Sydney last year but the event was cancelled due to COVID-19.

Churches and individuals can join GAFCON international at gafcon.org.