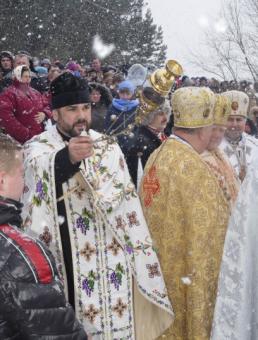 The Episcopal Church’s Executive Council has expressed its “grave concern” about growing tensions between Russia and the Ukraine, adopting a resolution at its 26 January 2022 meeting urging an end to the “escalation of tensions and military buildup along the border of Russia and Ukraine”.

The resolution proposed by the Joint Standing Committee on Ministry Beyond the Episcopal Church urged the Biden Administration to behave “wisely” and seek to avoid armed conflict with Russia.

Resolved, That Executive Council expresses grave concern about the escalation of tensions and military buildup along the border of Russia and Ukraine, and denounces any invasion which would cause great suffering and harm; and be it further

Resolved That Executive Council condemns the illegal annexation of Crimea in 2014 and laments the harms caused to that population and to all Ukrainians, reiterating the 2014 statement of then Presiding Bishop Jefferts Schori that such actions “put the lives of many innocent people at risk, and threaten peace and security far beyond that region of the world”; and be it further

Resolved, That the Church urges the United States to respond wisely, condemning any violation of territorial integrity while holding armed intervention to be a last resort; and be it further

Resolved, That the Executive Council gives thanks for Pope Francis’s call for a day of prayer for peace this Wednesday, and urge all members of The Episcopal Church to continue to pray, individually and in their congregations in the coming days, with the hope of averting conflict.

In 2014 then Presiding Bishop Katharine Jefferts Schori condemned Russia’s annexation of the Crimea as a threat to “peace and security far beyond that region of the world.”