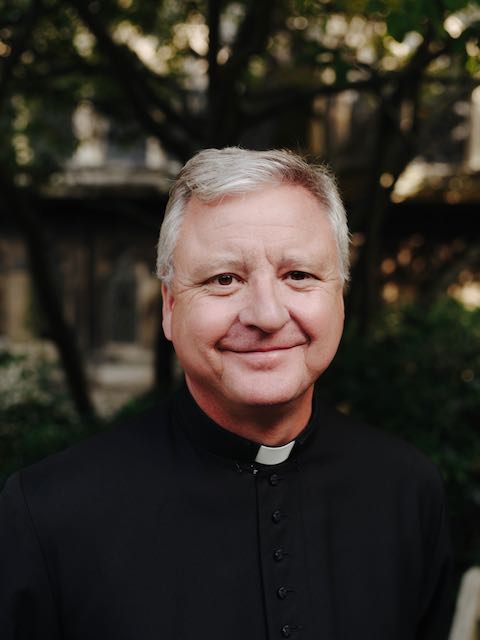 The Diocese is delighted to announce that the Queen has approved the nomination of the Very Reverend Stephen Lake, Dean of Gloucester, for election as the next Bishop of Salisbury, succeeding the Right Reverend Nicholas Holtam who retired last July.

This was announced by No.10 Downing Street this morning.

Stephen trained for ministry at Chichester Theological College and is returning to his roots with this appointment. He grew up in Poole, held his curacy at Sherborne Abbey with Castleton and Lillington and was ordained Priest in 1989.

He became Vicar of St Aldhelm’s, Branksome, Poole from 1992 and was additionally appointed Rural Dean of Poole in 2000. In 2001, Stephen was appointed Sub Dean of St Albans, and took up his current role as Dean of Gloucester in 2011.

Stephen is a Church Commissioner and Lead Dean for Safeguarding.

He is married to Carol, and they have three adult children.

‘I am delighted that Stephen has accepted the invitation to be the 79th Bishop of Salisbury. Stephen brings significant creative gifts of leadership to the diocese at an important time in our life as we continue to encourage the local church to be the best that it can be, bringing hope to our local communities in sharing the love of Jesus Christ. Stephen knows the diocese from the past and understands the challenges and opportunities for both our urban and our rural contexts. Bishop Andrew and I are very much looking forward to working with Stephen and welcoming him and Carol into the diocese later in the year.

Following this announcement there will be plenty of opportunities to get to know Stephen as he plans to make some further visits into the Diocese before his consecration. We anticipate that Stephen will be consecrated as Bishop sometime after Easter and will be enthroned in Salisbury Cathedral late in the summer’.

Gillian Clarke, Chair of the House of Laity and a diocesan representative on the Crown Nominations Commission, said:

‘I am delighted that Dean Stephen Lake is to be our new Bishop of Salisbury. During the discernment process he radiated warmth, good humour, and an engaging confidence that together, in our churches and communities, we can achieve great things.

‘I was struck by his boldness, his vision, and his passion for sharing God’s love with all people, everywhere. Stephen brings energy, experience, and a deep-rooted love of Salisbury Diocese.

I am excited and encouraged as we face the future, challenging and often uncertain, with such a caring and inspiring leader and pastor, who can enable and empower us to build and grow in confidence, hope and common purpose.’

In responding to his appointment Dean Stephen, said:

‘It is such a privilege and a joy to be called back to the Diocese of Salisbury as Bishop. To be able to serve in the places that formed me will be something rare and special. I will enjoy visiting Dorset and Wiltshire today and look forward to meeting as many people as possible on this announcement day.

Coming from leading a major cathedral I have a clear sense of the importance of great organisation, of good culture and rootedness in place. I hope to lead a confident diocese as we move out of the pandemic together.

After today, preparations can begin for this new ministry in the Diocese and in due course, with the Channel Islands, and I look forward to arriving just as soon as possible.’

The Diocese of Salisbury contains 434 parishes with 573 churches in 138 groups (known as benefices). 90% of the parishes are rural, and many of these are in benefices of up to 15 churches.

In 2020 it was agreed that the process should begin for the Bailiwicks of Jersey and Guernsey to be linked to the Diocese of Salisbury. Therefore, Dean Stephen will in due course, once the process is complete, also be Bishop for the Channel Islands.