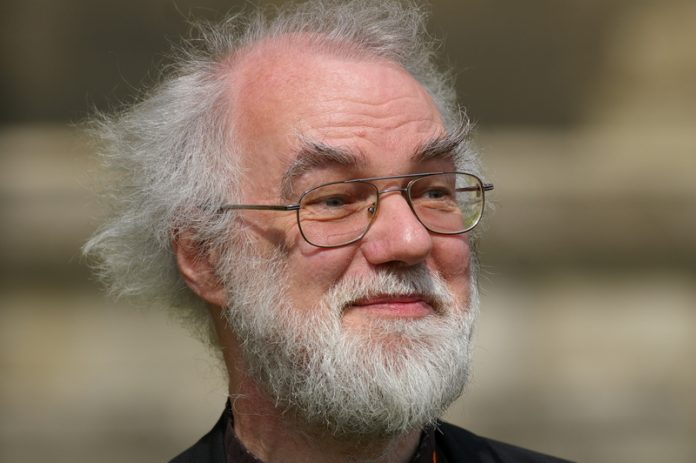 Rather more than half of the population of Afghanistan is facing levels of food shortage not seen for decades. Just under 1,500 people died in the Mediterranean during 2021, attempting to flee to a safer environment. The likelihood of wildfires is predicted as a risk comparable to severe flooding in parts of the UK in the coming decades. About one person in 1,000 in the Democratic Republic of Congo has received full vaccination against Covid-19. And the challenge of the pandemic worldwide, the continuing background of loss and fear, still casts an enormous shadow.

Statistics – not simply unconnected – that give a little flesh to the overall sense of 2021 having been a sombre year – on top of the low-level anxiety, the unexpected personal losses and the sheer confusion experienced by everyone caught up in the pandemic. The human story is not looking much like a smooth record of upward progress just now. We are more fragile than we had been led to assume. And this means that we are also less different from our ancestors than we normally like to think – and that the more secure and prosperous members of the human race are less different from their fellow-human beings than they find comfortable.

Our ancestors, right up to the modern age, knew they were fragile. A brief period of dazzling technological achievement combined with the absence of any major global war produced the belief that fragility was on the retreat and that making our global environment lastingly secure or controllable was within reach. But the same technical achievements that had generated this belief turned out to be among the major destabilising influences in the material environment. And the absence of major global conflict sat alongside the proliferation of bitter and vicious local struggles, often civil wars that trailed on for decades. But perhaps it is only in the past two decades that we have quite caught up with the realisation that global crises are indifferent to national boundaries, political convictions and economic performance. The vulnerability cannot be neatly cordoned off.

For the foreseeable future, we shall have to get used to this fragility; and we are going to need considerable imaginative resources to cope with it. In the past, people have found resources like this in art and religion. Today it is crucial to learn to see the sciences as a resource and not a threat or a rival to what these older elements offer. It is more than high time to forget the phoney war between faith and science or art and technology. Belittling the imaginative inspiration of authentic science is as fatuous as the view that sees the arts as just a pleasant extra in human life, or religion as an outdated kind of scientific explanation. Just because inflated claims are made for science, and unrealistic hopes are raised, it is dangerously easy to forget why and how it matters, and to be lured into the bizarre world in which the minority report in science (about climate, pandemics or whatever) is given inflated importance just because we have been disappointed about the utterly unqualified certainty that we thought we had been promised.

And what matters about scientific research is that it is not undertaken to prove an existing view correct, and so to reinforce the existing power or advantage of some over others. People rightly look with deep scepticism at research purporting to show that racial, social or sexual privilege is somehow grounded in the natural order. Ideally, what scientific discourse offers is not the guarantee of indisputable results that will simply tell us what to do, but a method of meeting each other in a shared exploratory conversation that will not be derailed by the presence in the room of non-negotiable convictions about the natural world that would make discussion on an equal footing impossible.

Science helps us live with our fragility by giving us a way of connecting with each other, recognising that it is the same world that we all live in. We have to forget our self-protective habits in order to discover our shared challenges. But what science alone does not do is build the motivation for a deeper level of connection. We act effectively not just when we find a language in common to identify problems, but when we recognise that those who share these challenges are profoundly like us, to the extent that we can to some degree feel their frailty as if it were ours – or at least, feel their frailty impacting directly on our own, so that we cannot be secure while they remain at risk.

This is where art comes in. Like the sciences, it makes us shelve our self-oriented habits for a bit. Listening to music, looking at an exhibition, reading a novel, watching a theatre or television drama, we open doors to experiences that are not our own. If science helps us discover that there are things to talk about that are not determined just by the self-interest of the people talking, art opens us up to how the stranger feels, uncovering connections where we had not expected them.

What religion adds to this is a further level of motivation. The very diverse vocabularies of different religious traditions claim not only that the Other is someone we can recognise but that they are someone we must look at with something like reverence. The person before us has a claim on our attention, even our contemplation, and on our active generosity. The religions of south and east Asia question the very idea of a safe and stable self with a territory to protect against others; while for Judaism, Christianity and Islam, the claim of the stranger is grounded in the conviction that every human beings is a vehicle of God’s presence and God’s glory – “made in God’s image”.

Being more deeply connected will not take away the fragility of our condition, but it will help us see that it is worth parking the obsessions of tribes and echo chambers so that we can actually learn from and with each other; that it is worth making what local difference can be made, so as to let the dignity of the human person be seen with greater clarity. “Our life and death are with our neighbour,” said one of the saints of early Christian monasticism. That is the humanism we need if we are not to be paralysed by the fragility we cannot escape.