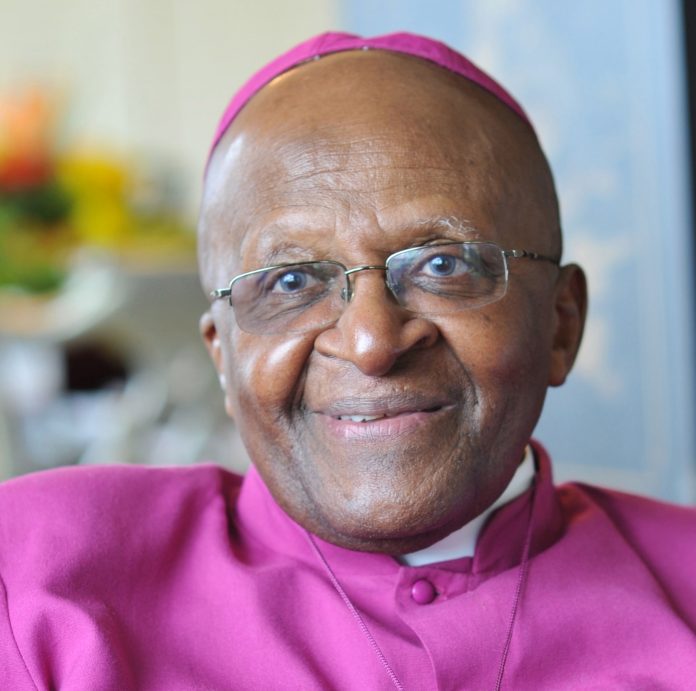 South African Anglican Archbishop Desmond Tutu had critics and they included myself and my organization. IRD in the 1980s, before I joined the staff, sometimes critiqued Tutu’s friendly stance towards the African National Congress (ANC). At that point, the ANC was allied with the South African Communist Party and supported by the Soviet Bloc plus international malefactors like Libya’s Muammar Gaddafi. In that Cold War context, there were concerns that a post-Apartheid South Africa might be Sovietized, and become even more oppressive, like its neighbors in Angola and Mozambique. At times, Tutu himself was at best uncritical of those nations’ then Marxist-Leninist regimes.

Providentially, the Soviet Union fell, 30 years ago this week, as did the appeal of Marxism-Leninism, which the regimes in Angola and Mozambique renounced. South Africa’s Communist Party became irrelevant. Nelson Mandela, after prison, emerged as a democrat devoted to national reconciliation. Tutu was supportive of this project, chairing Mandela’s National Commission for Truth and Reconciliation, which gave Apartheid era officials the opportunity to confess their crimes and seek forgiveness. Tutu stressed the need for truth telling and mercy.

In more recent years I wrote occasionally about Tutu’s penchant for unfair and inaccurate anti-Israel rhetoric, which included Apartheid comparisons. He also made intemperate political statements such as calling for President George W. Bush and Prime Minister Tony Blair to be tried as war criminals for the overthrow of Iraqi dictator Saddam Hussein. And IRD has criticized Tutu for siding with Western liberal Protestantism against orthodox teaching and African Christianity, including its Anglican leaders, on sexuality.

No public life lacks controversy and misjudgments. But on the major themes of Tutu’s long public life, he was courageously correct. He opposed Apartheid resolutely, while also opposing violent revolution. He sometimes physically intervened to rescue alleged collaborators under mob attack. He understood that post-apartheid South Africa needed stability and continuity, not massive political upheaval. He shared Mandela’s vision for a biracial nation. He criticized subsequent ANC governments for arrogance and corruption. He criticized the despotic socialist dictatorship of Robert Mugabe, who had supported the anti-apartheid struggle.

Tutu at his best brought a Christian anthropology to South African politics. He wanted justice but also harmony and peace. Most South African black Christians are associated with evangelical and Pentecostal churches more conservative than Tutu’s Anglican church. But Anglicans everywhere, thanks to their history, carry prestige beyond their numbers, which Tutu deployed to good effect. A Pentecostal preacher likely could not have reached his status in South Africa much less internationally. Sometimes Tutu was faulted for enjoying the perks of his episcopal office, which included a mansion and international travel. He educated his children overseas and lived well. But he also invited poor children to swim in his episcopal swimming pool and used his office as archbishop to showcase black leadership when blacks were still blocked from meaningful office and power in South Africa.

The reconciliation that Tutu advocated was possible only thanks to his faith, his clerical office and the spiritual resources of Christianity. That most South Africans white and black were Christian enabled this message to resonate. South Africa today is no nirvana. But thanks partly to Tutu, it avoided civil war and is a better and more just place than it was 30 years ago. When judging public lives, it’s best to search for their wider providential purpose. Did they, for all their human failures, improve the plight of humanity? For Tutu, the answer is obviously yes.

It’s helpful to reflect back 30 years ago when Tutu was helping to dismantle apartheid. Nelson Mandela was released from prison in 1990 thanks to the initiative of recently deceased South African President F. W. de Klerk, who was to apartheid what Mikhail Gorbachev was to the Soviet Union, which ended 30 years ago this week. Neither de Klerk nor Gorbachev would play any future major role of leadership for their nations. Their importance was in the oppressive regimes they peacefully ended.

Thirty years ago oppressive regimes of left and right were collapsing globally, from the Soviet Bloc to Chile and the Philippines and South Korea and Indonesia. Democracy and free markets were resurgent. Their triumph over dictatorship and collectivism was seemingly the “end of history.” Today there is a very different international mood as authoritarianism is ascendant and democracy is on the defensive.

It’s important to remember the spirituality behind freedom’s resurgence 30 years ago. Faith in the materialism of Marxism and in ideologies had collapsed. The ethos of Christianity in the West, with its focus on the dignity and liberty of each individual, was the driving force behind victorious democracy. Formerly closed societies were looking towards not just civil freedoms but also for transcendence that could replace the failed secular gods.

Many now claim that democracy and freedom are vapidly materialist and therefore without transcendent purpose. It’s not true. Regimes of liberty, where people can self-govern and live without fear, descend from the narrative we recall during this Christmas season. There is a Creator who cares about each person He made in His image and who therefore merits respect, protection and the ability to think and speak freely.

Bishop Tutu believed in and witnessed to that Creator in his struggle against Apartheid and for a just and merciful transracial South Africa. All who hope for a more decent world, where liberty is cherished more than control, should always recall his message of truth and forgiveness.