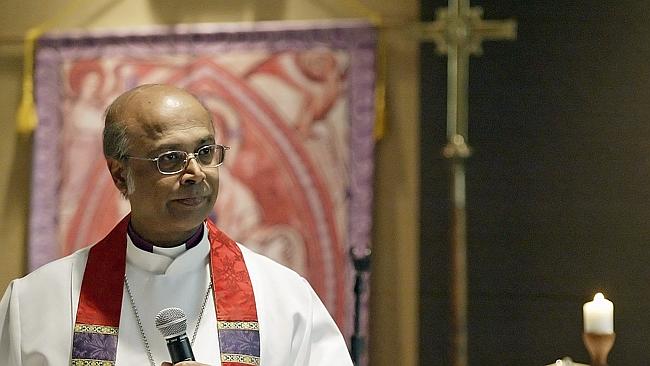 When it first emerged that the former Bishop of Rochester, Michael Nazir-Ali had defected to the Roman Catholic Church, many Anglicans were gutted. Others reflected on the fallibility of human leaders and figureheads. “Put not your trust in princes, nor in the son of man, in whom there is no help.” (Psalm 146:3)

Michael Nazir-Ali (MNA) had been treated as a prince by many.  He was viewed as the smart, churchy guy with a living faith who had the academic chops to stand up to the liberals and not be affected.  Without question, he was and remains a very bright, kind, and sincere man.  However, those attributes did not make him infallible.  He has erred grievously.

Why is it so important to say so plainly?

Because as a bishop, MNA was a man entrusted with guarding the faith once delivered unto the saints.  You might say, “But aren’t all clergy responsible for guarding the faith?” This is certainly true, but bishops are particularly required to drive away all strange and erroneous doctrine on a wider level, not merely parochial.  They are required by oath to protect the laity from clergy who introduce and propagate doctrines contrary to the Bible, the three Creeds, the Articles, the Book of Common Prayer, the Ordinal, and the Book of Homilies.

In explaining his move to Rome, MNA said, “I believe that the Anglican desire to adhere to apostolic, patristic and conciliar teaching can now best be maintained in the Ordinariate.  Provisions there to safeguard legitimate Anglican patrimony are very encouraging and, I believe, that such patrimony in its Liturgy, approaches to Biblical study, pastoral commitment to the community, methods of moral theology and much else besides has a great deal to offer to the wider church.”

No matter how affectionately one may view MNA on a personal level, as many do with good reason, that defence just does not wash. It does not pass the smell test.  It does not justify his actions.

This first sentence sounds most pious. However, Rome has in effect rejected many apostolic doctrines by holding tradition on a similar level to Scripture. Apostolic teaching and later ideas are held to be one unbroken tradition, with the same source and thereby the same authority within the church. It is notable that MNA appeals to fathers and the councils in his view of Anglicanism, but not to its Reformation heritage. The teachings of the Church Fathers and Great Councils, such as the creeds, are accepted within Anglicanism not because of their antiquity or provenance but because “they may be proved by most certain warrants of holy Scripture.” Not all Christian writings of the early Church are automatically approved but only “such teachings of the ancient Fathers and Councils of the Church as are agreeable to the said Scriptures.” (Canon A5).

It is not surprising to see the Reformed nature of Anglicanism airbrushed from MNA’s statement. After all, Rome denies the five great Solas of the Reformation. Sola scriptura, solus Christus, sola fide, sola gratia, soli Deo gloria are repudiated by the Councils of Trent, the First and Second Vatican Councils, and the current RC Catechism.  In fact, Vatican II made a point of saying that the findings of Trent and Vatican I remain in place.  At ordination all Roman Catholic clergy take an oath that they believe these doctrines.

On 28th October, Michael Nazir-Ali was ordained deacon in the Roman Church and then as a priest two days later.  He is not your average ordinand.  He is known as a scholar. He has been a bishop in two Anglican provinces.  He has known a number of popes.  He was involved in ARCIC discussions; he was not doctrinally in the dark.  In retirement, he was one of the high profile anchors of the GAFCON movement. And yet he willingly took an oath that he believes every word of Roman Catholic doctrine and expects us to believe that Anglican patrimony is best protected in a system that overtly undermines it at so many points.

Writing in his Spectator column, Damian Thompson wrote how that Benedict XVI had considered allowing MNA to come to Rome as a bishop with his wife—some time before the Anglican Ordinariate was established in 2011.  If true, and no denial has been issued yet, it means that for more than ten years MNA was considered by Rome to be someone suitable for RC ministry, ie, someone who believed the doctrines of Trent, Vatican I, Vatican II and the Catechism well enough that a Bishop of Rome considered bending clerical celibacy rules to get him across the Tiber.

GAFCON Ireland and Australia as well as the Archbishop of Nigeria have spoken clearly about the errors of Rome, and have called on MNA to reconsider. We echo that call and pray that he would repent, recant, and return.