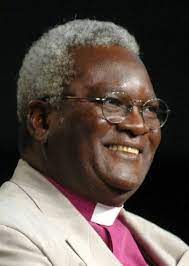 With great sadness, I announce the death of Archbishop Dr Bernard Amos Malango who was retired Archbishop of the Province of Central Africa (Zimbabwe, Botswana, Zambia, and Malawi).

He died peacefully on 30 October 2021 after long illness.

Archbishop Malango was born on 12 January 1943 in Ntchisi. He was ordained Priest on 23 July 1972; and appointed Bishop of Northern Zambia in 1988.

Archbishop Malango also served as Chairman of NAC andCommissioner of Malawi Electoral Commission.On behalf of the Anglican Council in Malawi, I offer my sympathies and prayers for the late Archbishop’s family, to the priests, religious, friends and the faithful whose lives he touched throughout his years of priestly and episcopal ministry.

Details of the Funeral Programme will be announced in due course.

May his soul rest in peace and rise in glory.

Chairman of the Anglican Council of Malawi