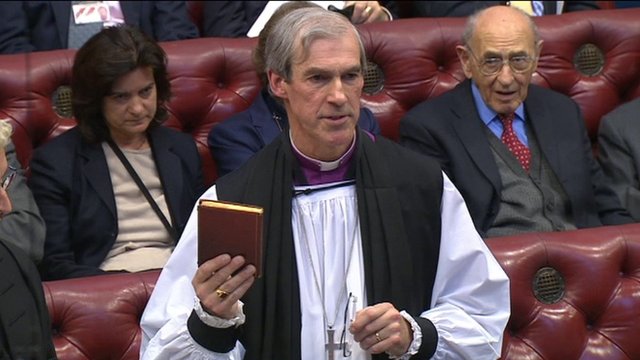 My Lords, it is a privilege to follow the noble Lord, Lord Alton. I too congratulate the noble Baroness, Lady Davidson, on such an excellent speech.

My colleagues on these Benches have already expressed our profound opposition to any change in the law on assisted dying so I will not repeat the cogent points that they have already made. I hope it will be apparent that our position is not only theological but rooted in our pastoral experience and that of many chaplains in hospitals and hospices and clergy across the land, with arguments that, as this debate has effectively revealed, are important to a wide variety of people, whatever their beliefs.

I remember, when we last debated this issue in your Lordships’ House, being asked in a radio interview, “What’s new in this debate?” In terms of arguments rather than opinions, I am not at all sure that much was new then, and even less is new now. So in the brief time allocated to me today, I will simply reiterate two issues that have been raised several times but which seem of particular significance in this powerful, respectful and very moving discussion, in which we know that compassion motivates every one of us.

One is the need to put our time, effort and resources into improving palliative care rather than promoting suicide for those who are terminally ill. We are all doubtless aware of the great strides forward that have been taken in recent years but, as many on both sides of this argument have reminded us, improvements have not been universal, a good death is not always available and more investment and research are required if we are to maintain our position as a world leader in this area. Despite what we have heard about Oregon, existing evidence elsewhere seems to suggest that where assisted dying or euthanasia is legalised, there tends to be a corresponding decline in palliative care; the two do not necessarily easily coexist.

The second issue is the doctor-patient relationship, which would be affected substantially by any change to the present law. Many of us will have been struck by a recent letter to the Daily Telegraph from a group of young doctors describing themselves as

“the palliative care consultants of the next generation from across the country”.

They speak of the danger of

“fundamentally alter the dynamic in the patient-doctor relationship and destroy the trust that is so essential to our work.”

That view has been confirmed by several GPs to whom I have spoken recently. As one put it, a change in legislation would affect the very essence of trust in the doctor-patient relationship, though of course not all doctors agree with that viewpoint.

We have been informed of a shift in public opinion on this issue but I have also been impressed recently by evidence suggesting that the more that people generally know and understand about assisted dying, the less they tend to support it. Opinion polls do not always reflect informed discussion. I believe that allowing death and alleviating suffering are very different from the assisted dying that we are considering today.